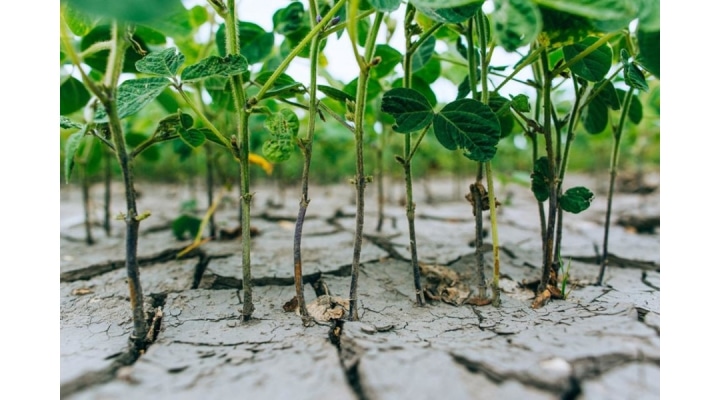 Producers may want to salvage soybeans as forage instead of for grain during the persistent drought. (Photo: Courtesy of University of Nebraska-Lincoln)

LINCOLN, Neb. — With drought plaguing Nebraska and surrounding states this year, producers may want to salvage soybeans as forage instead of for grain. Many can remember when soybeans were only used for forage many decades ago, so it can definitely be done.

Grazing, haying or ensiling can all be done with soybean plants. Grazing is very simple and has a relatively low risk of bloat; however, if there are many bean seeds themselves, high oil consumption can cause issues in cattle, especially calves. Young calves should not be allowed access to beans. For mature cattle, providing some grass hay can help reduce this risk. Use strip grazing to force the use of the entire plant.

Hay from soybeans will have a similar quality to that of alfalfa. However, drying and rolling up hay is difficult with soybeans. The leaves become very fragile while the stems can take a long time to dry. Crimp the stem heavily and resist the urge to rake the windrow unless done only one day after cutting to limit leaf shatter.

Using soybeans other than for grain can be done. Be sure to make a plan and stick to it for the best results.