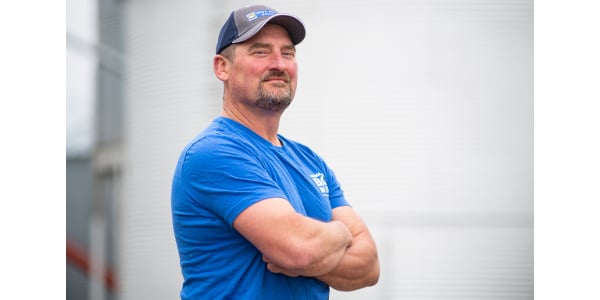 The farmer from Rippey says the economic fallout of ongoing trade disruptions with China and the COVID-19 pandemic make action on domestic energy policy a must before an abbreviated legislative session adjourns for summer.

At the top of the list is passage of House File 2279 and Senate File 2403. The legislation would extend and modernize fuel tax differentials for B11 and higher biodiesel blends and E15 and higher ethanol blends, which are set to expire June 30.

“With the passage of either bill, Iowa will not only continue to support renewable fuels but put millions of dollars back into the Road Use Tax Fund each year for vital infrastructure projects,” Bardole says. “That one-two punch has never been more important.”

If the biofuel tax differentials expire, consumer prices at the pump will increase while the farm community will experience yet another blow to demand and prices for soybeans and corn.

“In the midst of the pandemic, legislators can’t ignore the importance of taking action to renew these key policy measures,” Bardole says. “We’ve made tremendous progress on biofuels production and demand. Now is not the time to retreat on this progress.

“If ever there was a time to advance domestic and renewable energy, it’s now.”

Since legislation was first passed that established the fuel tax differentials in 2015, Iowa has seen E10 and B11 and higher biodiesel blends go from niche fuels to making up 86% and 57% of sales in 2019, respectively.

“We appreciate the legislature’s continued support of renewable fuels and Iowa’s soybean farmers, and look forward to swift action on these increasingly important issues.”