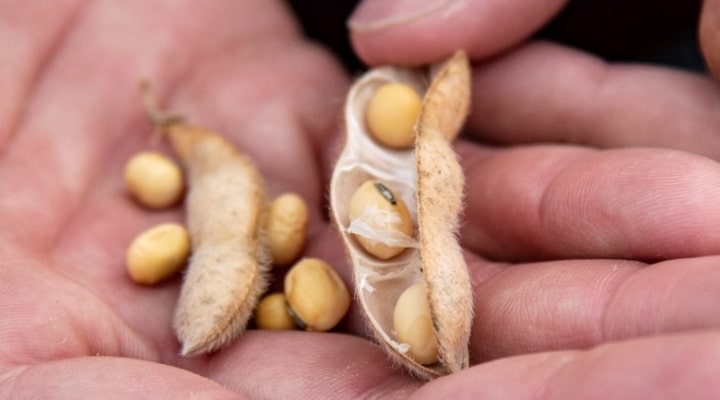 “ASA is committed to helping soybean farmers bring conservation practices to their farms. And, this study demonstrates their receptiveness and commitment to advancing those efforts,” said Brad Doyle, ASA secretary and member of its Conservation Committee. (U.S. Department of Agriculture, Public Domain)

WASHINGTON — The American Soybean Association (ASA) has released results of a soil health and conservation study conducted through third-party surveys and focus groups in 2019. The key finding of the work is that soybean farmers are active conservationists with a desire to do more.

“ASA is committed to helping soybean farmers bring conservation practices to their farms. And, this study demonstrates their receptiveness and commitment to advancing those efforts,” said Brad Doyle, ASA secretary and member of its Conservation Committee.

In the research study conducted to assess soybean farmers’ attitudes and experiences with conservation programs and practices, 73% of farmers surveyed said they would implement more measures if they thought it would be profitable to do so.

The research also found that growers have, on average, 14 longstanding conservation practices in place, recently have added new ones, and intend to implement more –despite the average grower having to pay for all conservation measures, with average expenditures totaling more than $15,000 per year. Most farmers (78%) manage rental land the same as land they own, paying conservation expenditures even on rented land, which means the positive practices put in place by farmers extend to all the land they farm.

For ASA, there is other bright news: Grower organizations and land grant universities were identified as the most trusted sources of information for farmers.

ASA CEO Ryan Findlay responded, “Even with a soft agricultural economy, we have learned farmers are focused on conservation. Knowing ASA is in a key position to lead and promote implementation of additional conservation practices is great.” Connecting the pieces of the study, Findlay added, “That nearly three quarters of farmers are open to economically-feasible conservation measures means there is a world of potential for ASA, our state affiliates, and other partners to aid growers with these initiatives.”

The study found that farmers trust other farmers the most, meaning ASA networking events and educational shows like Commodity Classic, which ASA cohosts annually, are opportune times for farmers to connect. Sharing success stories was shown to be the most appealing way to spread information.

Doyle commented, “When ASA was founded 100 years ago, our focus was on being committed to development and networking opportunities to introduce the new soybean plant. It’s great to know we can build on that legacy today by devoting even more of an effort to help farmers learn from each other when it comes to conservation practices.”

The study also identified that farmers need better information – not better communications – to set up their conservation efforts for success, another area in which ASA can assist by disseminating useful information and resources.

With support from the Walton Family Foundation, ASA conducted four focus groups and a quantitative survey among ASA members and boards in 13 states surrounding the Mississippi River basin. Data was collected from December 2018 to July 2019. Millennium Research, Inc., conducted the survey and focus groups. Click here for a results infographic, and full study results can be requested from ASA.

Experts share how soil health can reduce impacts of drought during seminar
August 3, 2021