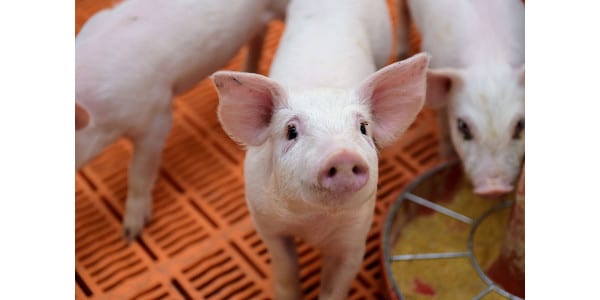 ANKENY, Iowa — Every successful business relies on dedicated customers. For Iowa soybean farmers, the state’s 24 million pigs are critical to their livelihood, a synergy celebrated and highlighted during October Pork Month.

Iowa ranks first in the nation in pork production with over 5,400 hog farms. The industry also supports more than 147,000 jobs, or nearly 10 percent of the state’s workforce, generating nearly $12 billion in economic activity.

Iowa’s hog herd generates quite the appetite for homegrown soybeans. In 2019, 115 million bushels of soybeans — or about 23% of all Iowa soybean acres — went to pig consumption.

“There’s no question about it, pork and soybeans have a very symbiotic relationship,” says Schyler Bardole, a soybean farmer who raises hogs near Rippey. “Soybean meal is excellent, high-quality protein for pigs, and they need a lot of it.”

In addition to generating market demand for his soybeans, Bardole says raising pigs provides agronomic benefits. Manure generated by his hog herd serves as a valuable and organic fertilizer that boosts soil tilth and yields while reducing dependence on petroleum-based products.

Doing more with less is a hallmark of soybean and pig farmers.

“We tip our hats to hog producers this month and every month,” adds Jorgenson. “And the best way for consumers to do the same is to eat more pork!”