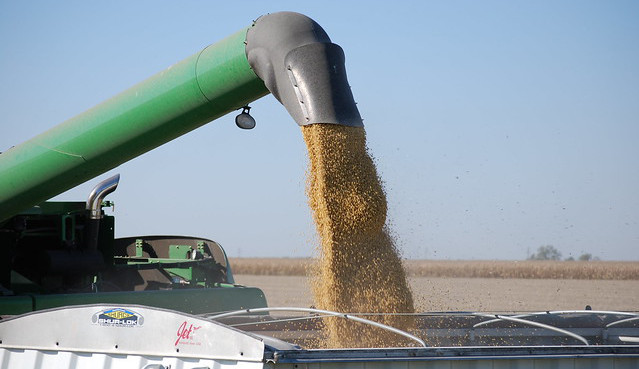 URBANA, Ill. – Soybean crush levels came in higher than expected in March and maintain a steady pace thus far in 2019, according to University of Illinois agricultural economist Todd Hubbs.

“Domestic use in both soybean meal and oil looks to support crush levels in 2019 despite stiff foreign competition in export markets,” Hubbs says.

“USDA estimates of crush ran, on average, a little under 6% higher this marketing year than NOPA estimates,” Hubbs says. “A March crush level estimated near 179 million bushels results if this relationship holds. The March estimate implies that the crush during the last five months of the year must total 861 million bushels. This crush total is near the same pace with the crush rate of a year ago to reach the USDA projection of 2.1 billion bushels.”

“An expectation of Argentina moving into the soybean oil and meal markets over the next few months appears reasonable. The forecast for soybean meal and oil exports out of Argentina are up over 15% and 20% percent respectively from last year,” Hubbs says.

“Domestically, ample livestock supply indicates continued consumption of soybean meal throughout the spring and summer as beef, pork, and broiler production look to expand over last year’s levels,” Hubbs says. “Red meat and poultry production came in 2.1% higher during the first quarter of 2019. Projections for second-quarter production show an increase of 3.2%. A continuation of healthy domestic consumption appears feasible in 2019 with the potential for expanded pork exports and production during the latter part of the year.”

Soybean meal export markets showed strength through the first quarter of the soybean meal marketing year (October 2018 – December 2018). Exports increased 12% over last year to 3.46 million short tons. The USDA’s current projection indicates a 2.1% decrease for the year and implies that the exports during 2019 will be 6.2% lower during the 2019 portion of the marketing year.

“Through February, soybean meal exports total 6.08 million tons. Soybean meal exports must total 7.66 billion tons from March through September to reach the USDA projection, down 882,000 short tons from 2018. Growing issues with African swine fever in Southeast Asia and competition out of South America look to dampen exports in 2019,” Hubbs says.

“The progression of soybean meal exports and domestic soybean oil use through the remainder of the spring and summer will provide insight into the potential for crush levels as we move into the next marketing year,” Hubbs says. “While strong crusher demand is a bright spot in soybean use, robust crush will not solve the issues associated with burdensome ending stocks projected for soybeans this year.”

Improving weather conditions for May

Transport calves without transporting trouble
May 20, 2020