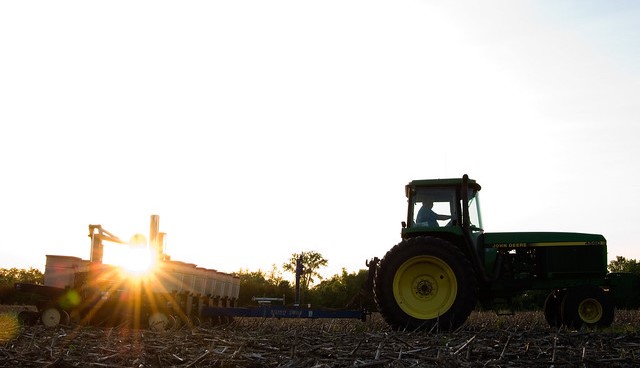 The July 6 one-year mark of 25% tariffs placed on U.S. beans exported to China has left the industry with more of a trade hangover than reason to toast. (United Soybean Board, Flickr/Creative Commons)

WASHINGTON — Anniversaries often evoke fond memories and collective cheers, but for soybean growers, this past year has been far from positive and instead the most challenging in a generation: The July 6 one-year mark of 25% tariffs placed on U.S. beans exported to China has left the industry with more of a trade hangover than reason to toast.

Davie Stephens, a grower from Clinton, Kentucky, and president of American Soybean Association said, “Before the trade war, U.S. soybean farmers saw prices well over $10 per bushel, but now that number has been in the 8-dollar range way too often. Dealing with weather, weeds, pests and normal markets is tough enough for farmers, but being caught in the middle of a trade war for an entire year is a whole different level. Prices are lower and anxiety is definitely higher for those of us trying to keep our farms going.”

President Trump and Chinese President Xi Jinping agreed last week at the G-20 summit to reconvene negotiations that stalemated in May, a positive glimmer in an otherwise dismal landscape for U.S. soy growers suffering the impacts of tariffs and hopeful that retaliatory tariffs waged by the two countries starting last July will end and enable their industry to recuperate.

“Hearing that negotiations will resume, we are better off this week than last. But, continued talks between the U.S. and China won’t undo the damage done the past 12 months. The only action that will truly start to repair our industry is an agreement between both countries to rescind the tariffs.”

The U.S. Soybean Export Council (USSEC) reports that shipments of U.S. beans to China were down 19.2 million metric tons, or 705.2 million bushels, in the first 10 months of the current marketing year compared to the 2017/18 marketing year. As the China market continues to erode, opportunities increase for other soy-producing countries to steal U.S. market share. That lost market opportunity along with a significant drop in the price of soybeans has led to an historic carry-over stock of unsold American beans: USDA’s National Agricultural Statistics Service (NASS) reported stored soybeans up 47% for June year-over-year.

By far the largest market traditionally for U.S. soybean exports, China continues to promise good-faith purchases of American beans, but the industry that methodically built a strong market in China over four decades wants to see free trade restored rather than filling the gap with government-to-government purchases while negotiations continue indefinitely.

Stephens explained, “We understand that any movement of U.S. beans to China is better than no movement, but the long-term answer for the viability of our industry is not patchwork promises to buy our beans. It’s reopening the door to trade for American farmers by rescinding the tariffs.”