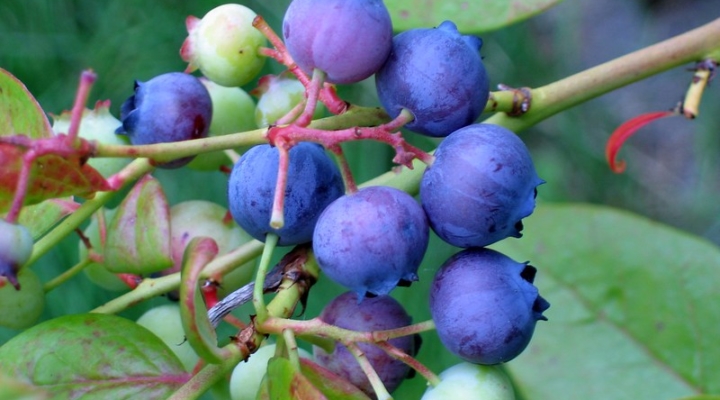 According to Allen, who specializes in commercial blueberry, yields are expected to exceed the 2017 crop that produced 28.1 million pounds and the 2018 crop that yielded 54 million pounds. The 2019 yields are still being calculated.

The lack of freezing temperatures — anything below 32 degrees Fahrenheit — had a positive impact on the 2019 season for blueberry farmers, she said.

“We had a good crop load this year,” said Allen. “We did have some frost and freeze-type temperatures, but they were borderline and specific, so not as drastic as ones we have had the previous two years.”

Georgia farmers apply frost protection, including overhead irrigation, when they anticipate freezing weather. After a freeze, applying plant growth regulators to protect the fruit is the only option. But frost protection is not 100% effective.

Georgia’s blueberry crop is vulnerable when the weather warms in February. This happened in 2018 when plants started to bloom and, ultimately, succumbed to freezing temperatures in early March. Blueberries thrive when they produce in the spring and are not hindered by the weather.

In 2014, Georgia produced 95 million pounds of blueberries. This propelled Georgia to place as the No. 1 blueberry producer in the country. This year’s crop yields have farmers believing Georgia can once again produce similar results.

“As a farmer, you’re always optimistic. Farmers are eternal optimists. [They] have to look forward to next year,” said Wildes.

Growers are hoping for more postharvest rain during the fall but are using irrigation to keep the crop from being harmed by the current drought.