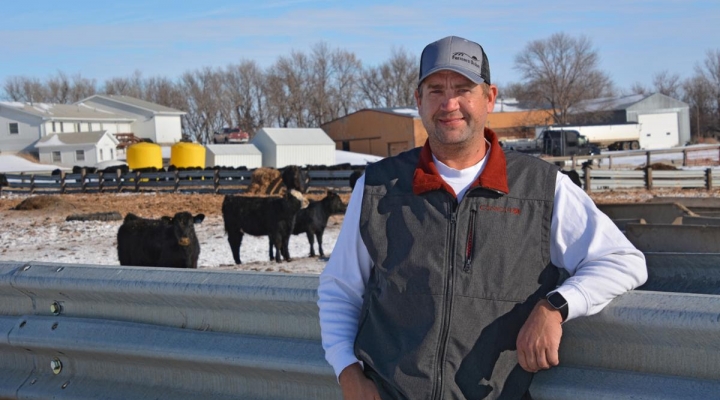 “It is my hope to serve Farmers Union through this role because ultimately it is my goal to see my children, and the children of other family farmers and ranchers, be able to return to their family operations without needing off-farm income. And I believe Farmers Union, with its grassroots policy, is the organization that will help Congress understand the importance of family farms and ranches,” explained Kippley, who together with his wife, Rachel, have four children on their Aberdeen, South Dakota, farm.

“Farmers Union is working on policy to impact three areas that will encourage fair markets for agriculture producers,” Kippley said. “First, break up corporate monopolies, which impact the cost of inputs when we are buying seed, chemical and fertilizer or our markets when we sell crops, cattle and other livestock. Second, country-of-origin labeling (COOL). Farmers Union is working to allow consumers to know where food comes from. And third, higher ethanol blends, like E30. We see value in implementing policy to support this clean fuel drivers can use today, rather than focus all clean energy efforts on electric cars of the future.”

In addition to the Aberdeen cow/calf and crop operation he and his wife, Rachel run, the couple own and operate a tax preparation business, The Kippley Group. As a tax adviser, Kippley has a unique perspective when he discusses the importance of improving farm profits.

“I see the numbers from a lot of family farms,” he explained. “And it’s not just our family farm that needs off-farm income to stay afloat financially, it is the majority of family farms.”

Kippley says in addition to the grassroots policy, he values the family-run farm and ranch focus of Farmers Union.