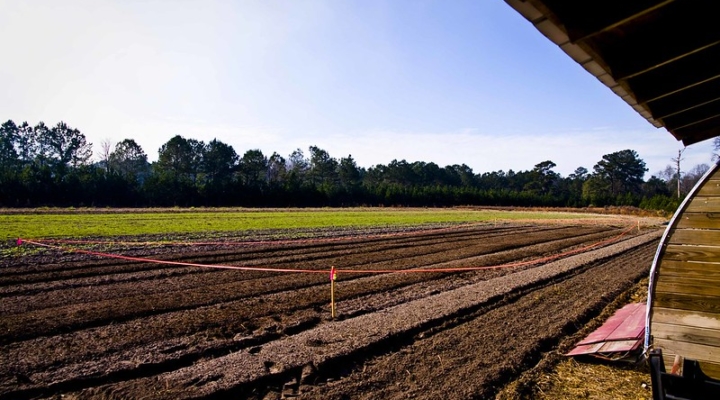 According to the National Agricultural Statistics Service in South Carolina, there were 6.8 days suitable for fieldwork for the week ending Sunday, September 29, 2019. (photo by Ken Hawkins, creative commons/flickr.com)

County Comments
Large number of cattle farmers were feeding hay to make up for dry pastures. Lack of moisture in soil continued with another week of no precipitation.
Adam Gore, Abbeville County

Dry weather persisted throughout all areas of the county with no rain in sight. Producers began defoliating cotton and continued digging peanuts. Pastures were in desperate need of moisture to receive a decent third cutting to feed livestock through the winter. Several producers in the southeastern part of the county do not expect to make enough hay to make it through the entire winter.
Matthew Wannamaker, Lexington County

Another week with no measurable rainfall and droughtridden soils in the area. However, the week was active with harvesting operations for cotton and peanuts. Some peanut growers were quite disappointed with their grades. Dry soils prevented the planting of winter cover crops and small grains. Rain was desperately needed.
Hugh B. Gray, Hampton County