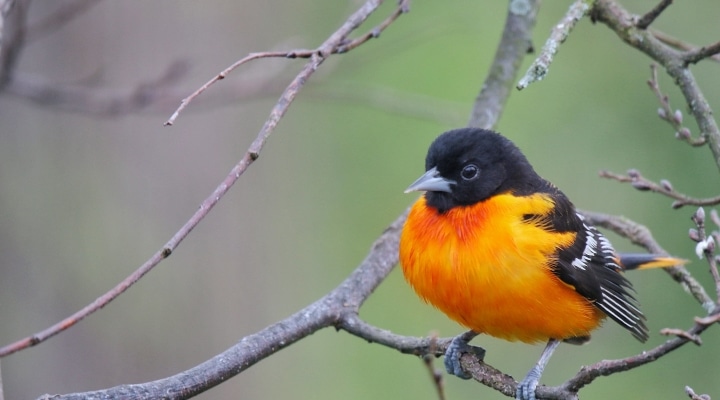 The South Carolina Department of Natural Resources (SCDNR) will conduct an annual Baltimore Oriole Winter Survey Feb. 14-17 in conjunction with the Great Backyard Bird Count. The state natural resources agency is interested in the status and distribution of these colorful songbirds that are wintering in the Palmetto State. (photo by Mark Moschell, creative commons/flickr.com)

COLUMBIA, S.C. — The South Carolina Department of Natural Resources (SCDNR) will conduct an annual Baltimore Oriole Winter Survey Feb. 14-17 in conjunction with the Great Backyard Bird Count. The state natural resources agency is interested in the status and distribution of these colorful songbirds that are wintering in the Palmetto State.

Survey participants count and record the largest number of Baltimore orioles they can see at one time, on one, two, three or all four days of the survey period. Even if you are not able to participate during the count period, we would still like to record your oriole numbers during the winter. You can participate in the survey by either requesting an SCDNR survey form, or if you are a Great Backyard Bird Count participant, you can e-mail a copy of your eBird checklist submission to SCDNR. For more information and to receive survey materials, contact Lex Glover. For more information on the Great Backyard Bird Count, visit http://gbbc.birdcount.org/.

Baltimore orioles usually winter in south Florida, the Caribbean, Central and South America. Historically it was unusual to see one in South Carolina during the winter. However, during the last several decades, they have been wintering along the East Coast and Southeast in greater abundance. Last year’s Great Backyard Bird Count results had sightings ranging along the east coast from Connecticut to Florida and several reports from the Gulf States. The bulk of the birds reported were from Virginia to Florida. South Carolina Baltimore Oriole Winter Survey data combined with the Great Backyard Bird Count data had South Carolina with the largest numbers of orioles in the country, in 2019. South Carolina had 85 reports (31 percent of the total number of reports in the country) and 460 orioles tallied, (50 percent of the total number of orioles reported). This year’s numbers of orioles reported, was just shy of the largest number reported in 2016. The majority of South Carolina’s orioles winter along the coastal plain from Myrtle Beach to Hilton Head Island and extend inland to Lexington County. A first for the survey was a report from York County.

During the winters from 2009-2015, SCDNR trapped and banded Baltimore orioles that frequented feeders around the state. SCDNR trapped a total of 1,148 birds at 41 sites; banding 990 and recapturing 158, representing 142 individuals. But the most exciting find was when one of the orioles banded in Myrtle Beach on March 8, 2011, was recovered on Sept. 23, 2015, in British Columbia. This is at the most northern and western edge of the Baltimore orioles’ known range.

The survey will enable scientists to learn distribution and abundance of Baltimore orioles wintering in South Carolina. Information from the survey and Great Backyard Bird Count can provide a “big picture” about what is happening to Baltimore oriole populations. SCDNR appreciates the public’s support and efforts with helping collect the valuable information in this survey.