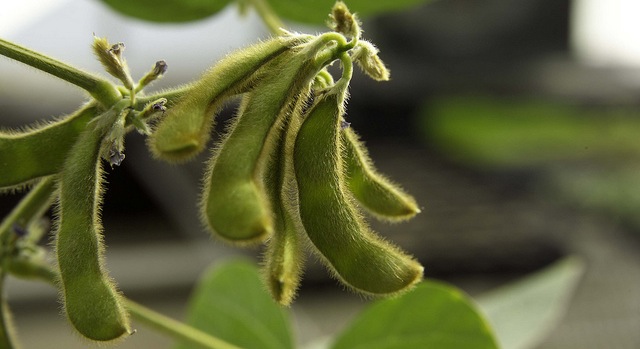 Harvest of the earliest planted beans is beginning in some areas, but the heart of harvest will start in late January to early February. (United Soybean Board, Flickr/Creative Commons)

Dry weather to start Brazil’s soybean season in September and early October not only delayed planting efforts but also raised concerns for the crop’s health during the season. Luckily for farmers in Brazil’s major soybean producing areas, ample rainfall returned, allowing for a favorable second half of planting and early development. Since the Fall (Southern Hemisphere spring), the weather in the soybean producing regions of Brazil has been near ideal. As a result, concerns calmed somewhat and the soybean crop is in generally good condition. Harvest of the earliest planted beans is beginning in some areas, but the heart of harvest will start in late January to early February.

The rains may have returned at a favorable time for planting and development, but wet conditions this time of year can lead to the formation of diseases in the crop and cause a hindrance to harvest. Issues such as these can be found in states like Mato Grosso and Parana. In Mato Grosso, rainfall since mid-December has trended above normal and the 5th wettest for that time period in 27+ years. As a result, early harvest is struggling slightly. Forecasts for the state show the possibility of some drier weather moving into the state next week, a switch that would be much welcomed. Through the remainder of January, though, total rainfall is forecast to trend above normal in the state. Harvest progress typically sees an uptick around January 20th.

In Parana, harvest will be later than last year and is not expected to begin until about mid-February. While 88% of the state’s crop is considered to be in good condition, Parana also accounts for 56% of the total confirmed soybean rust cases in the country. The wetter weather in the state has helped foster the disease and there are currently about 51 confirmed cases of soybean rust. Since mid-December, rainfall in Parana has trended well above normal and the wettest in 27+ years. Unlike in Mato Grosso, the forecast holds very few opportunities for drier weather. Through the end of the month, current forecasts project rainfall to continue to trend well above normal and possibly the wettest in 27+ years for the period. These excessively wet trends could allow additional rust cases to appear in the state and ultimately lead to some lower yields. Longer-range forecasts show conditions in early February to be more favorable as rainfall trends closer to normal. 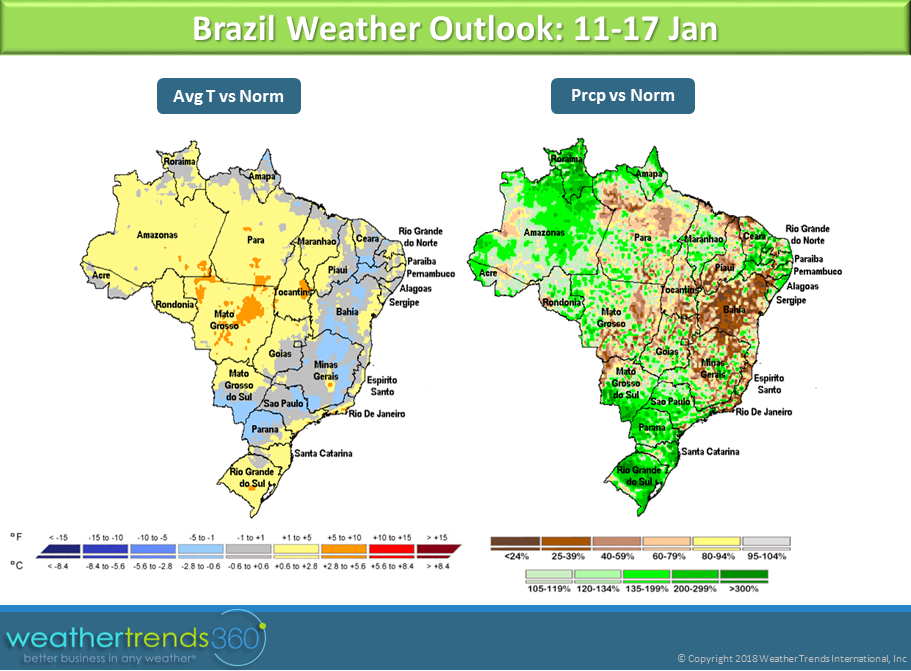 In Argentina, the weather has been less cooperative for crops so far this season. Areas of dryness in the country continue to expand and planting efforts are attempting to wrap up. Currently, the core soybean region and southeastern Buenos Aires have the best soil moisture in the country. Northern Argentina is experiencing some of the driest soil conditions for areas that grow soybeans. Nearly three quarters of the soybean crop still needs to be planted in northern Argentina. The ideal planting window for the crop in this part of the country doesn’t close until late January. Even if conditions improve and the crop is fully planted in the next 2 weeks, it would mean development and eventually harvest of the crop will all occur within a small window of time. As such, any adverse weather during development would impact a much larger amount of the crop than if planting had been more spread out.