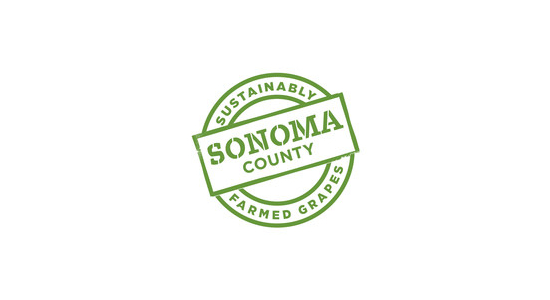 The label went through extensive consumer testing and proprietary research to measure effectiveness. After several revisions, the brand was finalized.  Brand guidelines were developed and adopted before the TTB-approved label was made available to qualified Sonoma County growers and winemakers. (Courtesy Photo)

However, there is no time for rest for the global leader in sustainable winegrowing as Sonoma County closes in on its quest to become the nation’s first 100% sustainable wine region in 2019.   In fact, according to the latest Report Card published in the Sonoma County Winegrowers’ 4th Annual Sustainability Report, 92% of the county’s vineyard acres have completed the sustainability self-assessment – the first step in achieving certification.  In addition, 72% of the vineyard acreage in the county – more than 42,083 acres – has been certified sustainable.

In spite of this impressive achievement, the star of the day was the new bottle label for Sonoma County sustainable wines that was unveiled at the seminar.  In a pilot project with Ferrari-Carano and Dutton Estate Wineries, it was announced that there are nearly 24,000 cases, or 284,700 bottles, of the 2017 vintage bearing the new Sonoma Countysustainably grown logos bottled and ready for sale.

“This is such an exciting time for our sustainability program.  Our growers have truly adopted sustainable winegrowing just as research shows consumers are 92% more likely to buy a sustainable wine when given a choice between it and a non-sustainable grown or made wine and 63% are willing to pay a higher price for sustainable wine,” said Karissa Kruse, president of Sonoma County Winegrowers.   She added, “Now it is clear why Doug Bell, the global wine buyer for Whole Foods, stood here in 2015 and left us with one message – put sustainability on the bottle!”

The label went through extensive consumer testing and proprietary research to measure effectiveness. After several revisions, the brand was finalized.  Brand guidelines were developed and adopted before the TTB-approved label was made available to qualified Sonoma County growers and winemakers.

While Kruse provided a variety of good news for growers and their families, the fires and subsequent impact remained top of mind as many growers and their workers personally suffered from the fire’s devastation.  Kruse noted that despite some public perceptions of total ruin, according to the Sonoma County Agricultural Commissioner’s Office, the latest estimates show that the fires caused just $1.1 million dollars in damage to the area’s winegrape crop valued at more than $586 million with just 92 acres of the more than 60,000 vineyard acres sustaining damage.  However, the fires impacted everyone living in Sonoma County with many ag workers suffering particularly severe impacts due to the region’s high costs and lack of affordable housing.

Given this reality, the Sonoma County Grape Growers Foundation (SCGGF) announced a partnership with the Sonoma County Farm Bureau ten days after the fires began to establish a housing recovery fund for ag workers and their families who were displaced from their homes by the fires.  Since the fund was announced on October 18, 2017, more than$700,000 has been raised from contributors in Sonoma County, throughout California and around the world.

In December, the Foundation began distributing funds to individuals and families who were totally displaced by the fire, incurred damage to their homes or lost wages during the historic disaster.  The funds were distributed in the form of Visa gift cards to purchase new household items, food and supplies and to help pay utilities.  To address the need for temporary or new housing, funds have also been paid by the Foundation directly to landlords for rent.  As the immediate needs are met, any remaining funds will be used by the Foundation to address the long-term need for affordable housing for ag workers, especially given the total loss of homes from the fires in Sonoma County.

“We greatly appreciate the generous donation of $74,000 in gift cards to the Farm Worker Residents of Burbank Housing who were impacted by the fires,” said Larry Florin, chief executive officer of Burbank Housing.  He added, “Ag workers struggle to keep up with the rising cost of living in the North Bay and wildfire recovery which is why your donation was so important.  As we delivered your gift cards from door to door the smiles on their faces and the empty spaces under their Christmas trees, made it clear what an impact your generosity would have this holiday.”

In a sign that 2018 not only is a new year but a new normal for all living and working in Sonoma County, Kruse announced a new Sustainability Camp will be held this summer during harvest for wine lovers, earth lovers and lovers of a good time.  An announcement with more specifics about the Camp will be made in the coming weeks.

“Not only will Sustainability Camp help bring visitors back to wine country, it will provide them with a unique insight into the benefits of sustainable grape growing and the efforts being made by local growers and their families while exposing them to the unique wine country lifestyle and hospitality we all love and treasure now more than ever,” said Kruse.  She concluded, “I love being a part of this community and I am proud to be Sonoma County strong and sustainable.”

The Sonoma County Winegrape Commission, also known as Sonoma County Winegrowers (SCW), was established in 2006 as a marketing and educational organization dedicated to the promotion and preservation of Sonoma Countyas one of the world’s premier grape growing regions. SCW has oversight by California Department of Food and Agriculture which supports producer regions. With more than 1,800 growers, SCW’s goal is to increase awareness and recognition of the quality and diversity of Sonoma County’s grapes and wines through dynamic marketing and educational programs targeted to wine consumers around the world.

In January 2014, SCW committed to becoming the nation’s first 100% sustainable winegrowing region in 2019. As ofDecember 2017, 92% of the vineyard acreage in Sonoma County has gone through the sustainability self-assessment and 72% of vineyards are certified by a third party auditor.  These sustainability efforts were recently recognized withCalifornia’s highest environmental honor, the 2016 Governor’s Environmental and Economic Leadership Award (GEELA).  Learn more at www.sonomawinegrape.org 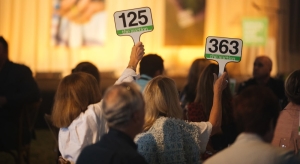 SANTA ROSA, Calif. — Sonoma County Vintners Foundation (SCVF) is pleased to announce that the 2022 Sonoma County Wine Auction (SCWA) will be held at the extraordinary Chalk Hill Estate Vineyards & Winery. Presented by Vintec, the auction events will take place Thursday, September 15 through Saturday, September 17, 2022. Tickets to the three days of festivities are available […] 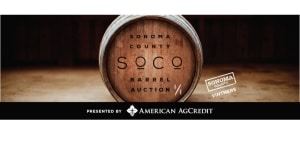 Icons & Innovators to be honored at Sonoma County Barrel Auction 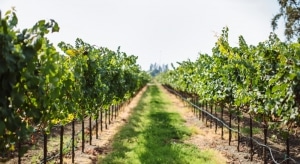 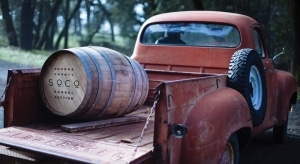 SANTA ROSA, Calif. — Sonoma County Vintners announces the seventh annual Sonoma County Barrel Auction, presented by American AgCredit, is open for registration. The virtual auction begins on May 5 and, for the first time, will include library wines and exclusive winery-only wines in addition to unique never before, never again auction lots. This auction […]