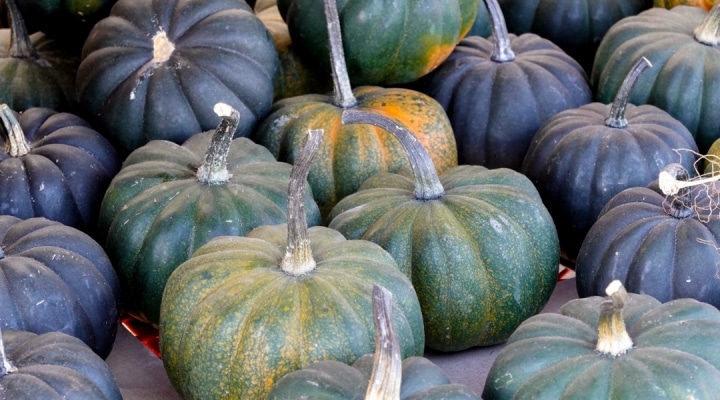 Providing healthier food may sound like a worthy goal. But what happens if the people receiving it lack the ability to prepare, say, acorn squash? (Photo by Jeremy Bezanger on Unsplash)

WASHINGTON — A major problem with how food donation currently works in the United States is that a lot of the calories in those boxes and bags come from items that aren’t particularly healthy, such as packaged snacks.

This arrangement is troubling in part because of the high rates of nutrition-related illnesses, such as heart disease and diabetes, among low-income people who rely on donated food.

As a result, food banks and pantries around the country have been trying to boost the nutritional value of the food they give away. Their clients are going home with more leafy greens and less processed cheese.

That shift affects millions of people. About 1 in 5 Americans obtained food at no cost from a food bank, food pantry or a similar program in 2020.

Providing healthier food may sound like a worthy goal. But what happens if the people receiving it lack the ability to prepare, say, acorn squash? What if they would prefer more boxes of mac-and-cheese rather than a hard-to-slice winter vegetable that has mild, buttery taste when roasted in a hot oven? What if someone sees an acorn squash not as something to eat but as a fall-themed decorative item?

Boiling it down to eight questions

As a dietitian who studies food insecurity and an environmental studies scholar who examines food-based inequalities, we have researched what we’re calling an “acorn squash problem.” It happens when certain foods are given to people who don’t like them or can’t cook them.

We’ve identified eight main reasons donated food can be undesirable. If someone visiting a food pantry wouldn’t say yes to all eight of these questions, the food may go to waste.

Researchers have found that people are about half as likely to eat the turnips, beets and other root vegetables they get from food banks as more familiar and more easily prepared veggies. If donated food goes to waste, it isn’t helping people get enough to eat – undercutting its entire purpose.

The government provides much of this food, but individuals, nonprofits, restaurants and grocery stores also contribute. All told, these donations add up to about 6.6 billion meals a year. But how high is the quality of all this donated food and how much is actually eaten?

Some food banks and food pantries are making changes to ensure that the people who visit them leave with items that they will eat. They are distributing cookbooks, making recipe apps available and offering cooking classes. And some let people make choices when they obtain free food instead of receiving an already packaged selection.

But it remains to be seen whether these efforts can resolve the acorn squash problem.