Subscribe
Home / National / Some early hemp crops have too much THC 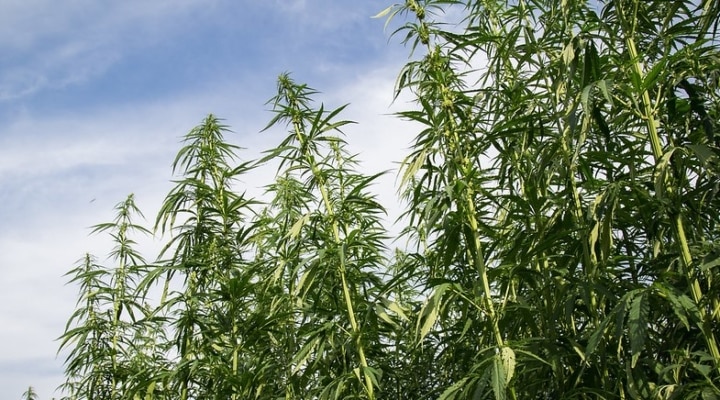 Growers in other states around the country have had issues managing the THC content of hemp plants, with crops in Hawaii and Nebraska also testing too high, but not as much as in Arizona's early months, the Arizona Republic reported. (Maja Dumat, Flickr/Creative Commons)

PHOENIX (AP) — Arizona’s budding hemp-growing industry is suffering growing pains as levels of THC that are too high force some farmers to destroy crops instead of harvesting them.

About 41% of the Arizona hemp plants tested for THC, the compound that gives marijuana its high, have failed, according to the Arizona Department of Agriculture’s Plant Services Division, which oversees the program.

Growers in other states around the country have had issues managing the THC content of hemp plants, with crops in Hawaii and Nebraska also testing too high, but not as much as in Arizona’s early months, the Arizona Republic reported.

When lawmakers considered legalizing hemp growing, supporters predicted that the plant use to create CBD oil, rope and other products would an economic boon.

But growers face a challenge in managing crops because the hemp must be destroyed, not harvested, if the THC level is too high.

“At 40%, that’s off the charts,” Sully Sullivan, executive director of the Hemp Industry Trade Association of Arizona, said of the state’s THC findings. “I’m taken aback by that. That’s substantial.”

A Plant Services Division official official had a milder assessment.

“The failure rate is not unexpected based on anecdotal information from around the country regarding variable seed quality and genetic expression, for THC content, between the varieties planted,” Associate Director John Caravetta said in an email.

Arizona farmers began having the agriculture department test their hemp plants’s for THC levels before harvesting started in late 2019.

Dustin Shill, head farmer for Arizona Hemp Supply Co. which has 40 acres (16 hectares) in Yuma, said although his plants haven’t yet been tested by the department, he’s paid for weekly independent testing. His last batch of 10 tests cost $12,000.

Not spending the money to test is too risky, he said, even though testing costs reduces profits.

“But if you don’t spend that money and go into it blind, you’re just rolling the dice. You got to know when to harvest,” Shill said.

“The THC and CBD go hand-in-hand,” he said. “When it’s going up, THC is going up, so it’s a fine line to determine when it’s ready.”

Ryan Treacy, founder and CEO of an Arizona lab that tests cannabis and hemp, said several factors may contribute to failed tests.

Treacy said that just because a seed for a plant worked in another part of the country does not mean it will adapt well to Arizona’s hot and dry climate.

“Stressed plants do crazy things,” he said, adding that the new environment may contribute to a plant having a higher THC level.

The state’s testing process could be another factor.

Despite the early issues, Shill said he is confident Arizona eventually will be one of the best places to grow hemp in the country.

“Arizona is going to dominate this,” Shill said. “It’s just once we get it all figured out.”

Lawmakers look to cut down food waste in schools