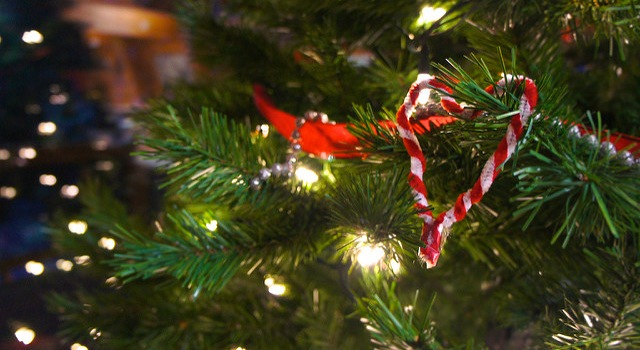 "The impact is really when there are no houses to put trees in," said Joe McCullough, executive director for the Texas Christmas Tree Growers Association. "It's hard to put into numbers how (Harvey) will impact sales," but many people can't "afford to go out and buy trees." (JOHNNY LAI, Flickr/Creative Commons)

ORANGE, Texas (AP) — For more than two decades, Deidra Marler and her family piled into pickup trucks after Thanksgiving lunch and headed over to the K&K Evergreen Farm to pick out their annual Christmas tree.

The Beaumont Enterprise reports Marler, who grew up about 5 miles from the expansive Orange County farm, said the group would spend hours hunting for the perfect tree.

“As a little kid, the fields seemed like they would go on and on forever,” said Marler, 30.

K&K recently announced on its Facebook page that the family business was closing after 40 years because of Tropical Storm Harvey and last year’s Sabine River flooding.

“We are so very sad to see everything so dear to us come to an end,” owners Don and Joyce Kachtik wrote in the post. “However, we would also like to thank all of our wonderful customers for choosing to make us a part of their family’s Christmas tradition for so many years.”

Harvey, which on Aug. 25 hit South Texas as a hurricane, is to blame for a number of Gulf Coast tree farm closures this year, including S&J Farms near Fannett.

Owner Julia Jolly said her farm, like the Kachtiks’, was devastated by the August storm’s flooding.

Jolly said she was forced to shutter her business this season.

Most tree farmers manage their crops as a side job, according to Joe McCullough, executive director for the Texas Christmas Tree Growers Association. Even if the trees were able to survive Harvey, a greater financial burden was likely put on owners who also needed to tend to their homes and other jobs after the storm, he said.

“It’s just so hard to operate under tore up conditions,” McCullough said.

While Harvey can’t be blamed for a Texas Christmas tree shortage, McCullough speculated the storm will cause a shortage of customers.

“The impact is really when there are no houses to put trees in,” McCullough said. “It’s hard to put into numbers how (Harvey) will impact sales,” but many people can’t “afford to go out and buy trees.”

Kelley, who said it took her two years to come back from Rita, believes the farm’s higher elevation helped save her trees during Harvey.

The nearly 50 inches of extra rain actually made her Virginia pines and Fraser firs grow larger, she said.

Kelley said she had record-breaking sales over the Thanksgiving holiday weekend.

“Our poor workers nearly died running around so much,” she said.

Kelley said some of those customers told her they lost homes to Harvey. While they might not have a living room to display a tree, they are making do. Some are keeping their decorated trees outside, she said.

“Even if they’re living in a camper or RV, they’re determined to have the most awesome Christmas yet,” she said.

Americans bought more than 25 million live trees over the long Thanksgiving weekend, McCullough said. That is proof, he said, that local tree farming is still booming despite the growing popularity of artificial trees.

“What’s so great about these trees is that they are sustainable and disposable,” McCullough said. “It’s about that smell of green filling your house. A plastic tree from the store just sits in a landfill for a 100 years and looks the same when you pull it out. It’s not about what how fast you’re trying to get a tree up. It’s an experience.”

Farms offer so many Christmas traditions and have expanded into so-called “agri-entertainment” businesses, McCullough said. Some owners offer hay rides, petting zoos, arts and crafts, warm seasonal food or drink and plenty of festive fanfare for families, he said.

“They’re a place to take your kids and grandbabies for generations,” McCullough said.

Those kids, like Marler, grow up and get married with the hopes of carrying on those beloved traditions.

“They were traditions we had with people who aren’t here anymore, like my grandfather,” she said.

This year, Marler and her husband had to forgo their own eight-year tradition of going to K&K to pick out a tree. Instead, the couple bought a tree from a big box retailer.

“It’s just not the same picking it up from a Home Depot or Walmart,” Marler said. “It’s not a family business where you could see the different generations grow up … (the Kachtiks) did a lot for this community.”

Information from: The Beaumont Enterprise,http://beaumontenterprise.com