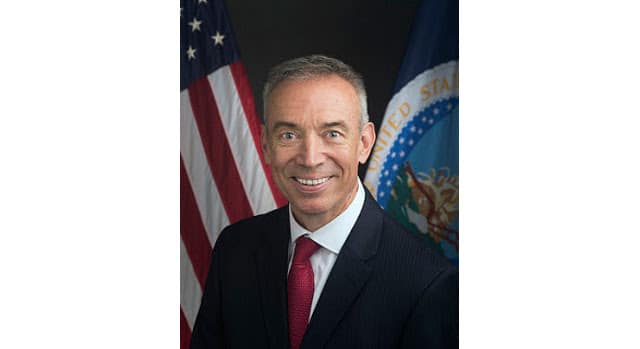 WASHINGTON — After serving as the U.S. Deputy Secretary of Agriculture since October 2017, the man who led the American Soybean Association (ASA) for 21 years is returning to the helm of the grower group. Stephen Censky will leave USDA to assume the chief executive officer role at ASA.

Censky will come on board Nov. 9 and resumes his post following the June departure of Ryan Findlay, who is credited with helping the organization restructure internally and establish an independent government affairs office in Washington, D.C.

Of Censky’s time at USDA, Secretary of Agriculture Sonny Perdue had this to say: “There is no doubt that I personally, as well as the whole USDA family, will miss Steve’s experience, preparedness, and steady leadership. During his tenure as Deputy Secretary, we accomplished a great deal in a short amount of time even in the face of serious challenges in American agriculture. Steve’s roots are in agriculture and he is one of the best and most professional public servants America has.”

Secretary Perdue continued, “I join the entire USDA family in wishing Steve and his family all the best as he heads back to ASA in November.”

“It has been a true honor to serve my country on behalf of American agriculture. These past few years have seen tremendous developments, and I am humbled to have served a role in implementing a Farm Bill, launching the USDA’s Agriculture Innovation Agenda, supporting America’s farmers against trade retaliation, and now assisting farmers and ranchers and feeding families affected by the coronavirus pandemic,” said Deputy Secretary Censky.

Censky, on his return to ASA, commented, “It is a privilege to return to ASA and represent our nation’s soybean growers. ASA is in many ways home, and I’m excited about working with both new and familiar faces in St. Louis and D.C. and building on the great changes accomplished since I was last there.”

Returning to his roots is nothing new for Censky, who had served at USDA before ASA in the administrations of Presidents Ronald Reagan and George H.W. Bush, including as administrator of the Foreign Agricultural Service. The Minnesotan, who grew up on a soybean, corn, and diversified livestock farm near Jackson, helped establish soybeans as the leader in American agricultural exports while with ASA. In addition to foreign market expansion during his tenure, use of soy in biodiesel and biobased products grew into significant markets, soybeans became a program crop under the Farm Bill, and ASA’s long-term foreign development arm, the World Initiative for Soy in Human Health (WISHH), helped build soy demand in emerging markets.

USDA plans additional $14B for farmers reeling from virus