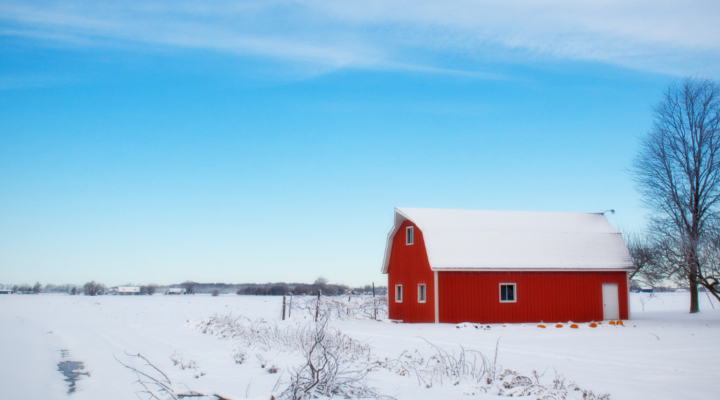 In general, OSHA warns that workers performing snow removal operations may be exposed to serious hazards, including slips and falls while walking on snow and ice, falls from roofs and roof edges, through skylights, or from aerial ladders and lifts. (Stock image)

ALBANY — With snowfall accumulations climbing and temperatures fluctuating from frigid to seasonable and back, the U.S. Labor Department’s Occupational Safety and Health Administration (OSHA) is urging those engaged with snow removal and cleanup to take precautions and focus on safety.

This is an acute challenge for dairy and other types of farms, as snowfall has been known to cause some agricultural buildings to fail, due to stress from the snow load and/or improper building design or construction. Many pre-engineered post-frame agricultural buildings are designed to withstand a certain level of wind and snow loading and should withstand any snow loads that are below the “design value.”

Unfortunately, there are agricultural buildings out there that have not been designed for any particular loading at all. These building have a much higher probability of failing as a result of the current snow accumulations we are seeing.

So, how do we know if a building is going to fail? For a pre-engineered building, we can check the actual snow load on the building against the design snow load. If the actual load is less than the design load, then failure should not be imminent.

The risk of failure may prompt farm operators to consider snow removal from their structures, which must be done with great care and attention to detail.

In general, OSHA warns that workers performing snow removal operations may be exposed to serious hazards, including slips and falls while walking on snow and ice, falls from roofs and roof edges, through skylights, or from aerial ladders and lifts. Workers may also be injured by a roof collapse. Other storm recovery work hazards include being struck by vehicles, carbon monoxide, hypothermia, and being injured by powered equipment.

Removal of significant snow accumulations off of a barn roof is best performed in a systematic way to reduce the risk of injury or death to both barn occupants and those working on the roof. Removing roof snow without a proper approach may actually cause more damage than if left alone in some cases by creating an unbalanced and/or concentrated roof loads.

Before accessing a barn roof, first assess the barn’s current structural situation. Wood frame structures generally will provide clues that failure is imminent prior to catastrophic failure. This may include creaking or moaning in the building; bowing of truss bottom chords or compression web members; bowing of rafters or purlins, or bowing of headers or columns.

If any of those clues are present, farms should take action. Dairy farms should consider removing cows from the barn. If possible, use cab tractors and skid loaders to provide workers some level of safety. If in doubt, do not enter the barn or go on the roof.

Farms that do decide to remove snow from barn roofs must be very aware of the dangers that are present and refrain from becoming complacent after working hours on end removing snow.

Cornell’s PRO-DAIRY program and Cornell Cooperative Extension have developed downloadable recommendations for techniques for removing snow from barn roofs, as well as more detailed information about the impact and risk of heavy snow on agricultural structures.

The key thing to avoid: Removing snow unequally from a barn roof. If this is not done, the unbalanced loads that result can cause the unloaded side of a truss to lift, possibly compromising the connection at the post. Rather, work back and forth from side to side as you remove snow, or a crew on each side simultaneously if possible.

Besides snow removal, OSHA advises those working outdoors may also be at risk of cold stress, including first responders who are on duty for long periods of time. Moderate to severe symptoms include shivering stops, confusion, slurred speech, heart rate/breathing slowness, and loss of consciousness.

When the body is unable to warm itself, serious cold-related injuries may occur, such as frostbite. A full list of winter storm hazards and safeguards  and preparedness is available online.

Under the Occupational Safety and Health Act of 1970, employers are responsible for providing safe and healthful workplaces for their employees. OSHA’s role is to ensure these conditions for America’s working men and women by setting and enforcing standards, and providing training, education and assistance. For more information, visit OSHA’s website.