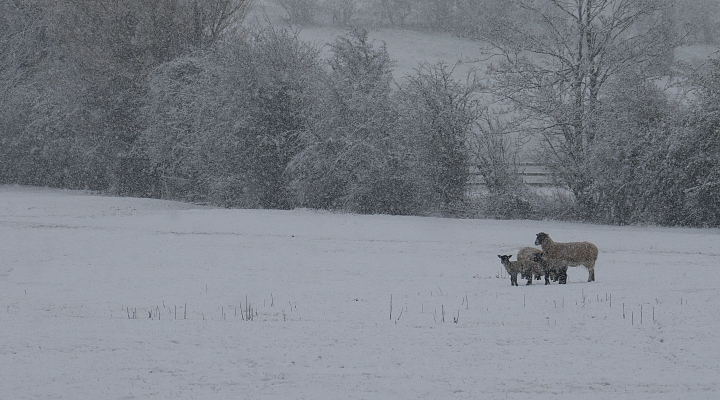 NORTH PLATTE, Neb. — As cold temperatures arrive, be happy if you received snow recently.  Although snow can create some problems, snow is good – for alfalfa and new irrigated grass seedings that were planted late last summer.

For alfalfa, nothing can increase the chance of alfalfa surviving winter better than a nice, thick blanket of snow.  Last fall’s moderate weather allowed alfalfa plants to harden well for winter, leaving them with a high concentration of nutrients in their roots.  This winterized condition enables alfalfa crowns and roots to withstand cold temperatures.

Fortunately, the soil doesn’t get as cold as the air above it.  And when soil is covered with a blanket of snow, this snow acts like a layer of insulation protecting the ground from extreme cold temperatures.

For new irrigated grass seedings, especially for those with orchard grass, snow cover plays a very important role in reducing desiccation or drying out of the young grass plant crowns and roots.  This is why we can expect to see more injury to alfalfa or new grass stands when we have winters with little snow.  For both alfalfa and the grasses, having adequate soil moisture going into the winter is also important.

Of course, management practices in the fall influence the effect of snow on your alfalfa or new grass stands.  Tall stubble provides some insulation value itself and it will catch more snow.  Also, avoiding alfalfa harvest during the so-called risk period from mid-September through mid-October helps alfalfa roots winterize well by building up nutrients and reducing water content.