Home » Snail kites must do more than move to thrive 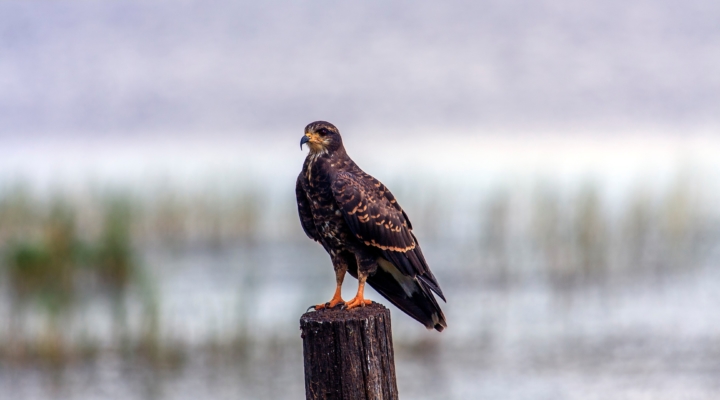 GAINESVILLE, Fla. — Among its many useful traits, the federally endangered snail kite helps wildlife managers gauge whether the Florida Everglades has sufficient water. That’s one reason University of Florida scientists closely monitor the birds’ activity – and to make sure it’s surviving.

Like other animals, snail kites need to move in order to spread their genes to new places, which is important for species’ survival. But movement alone is not enough. Once animals arrive at new destinations, they also need to reproduce, say UF Institute of Food and Agricultural Sciences researchers.

For a new study, UF/IFAS researchers used nine years of data to find out whether snail kites are reproducing after they move, and how these findings might change conservation strategies.

Ellen Robertson, a post-doctoral researcher and Robert Fletcher, a UF/IFAS associate professor of wildlife ecology and conservation, co-authored the study in which scientists wanted to discover the factors that most limit snail kites from spreading their genes: movement or reproduction.

In the study, researchers showed the snail kite moves frequently across the Everglades and other wetlands in south-central Florida, but 90 percent of the birds that moved did not reproduce.

“Snail kite reproduction is closely tied to hydrology,” she said. “Monitoring snail kites helps us understand whether water management across Florida is working for snail kites and other wetland species.”

Despite the recent uptick in the population, UF/IFAS researchers remain watchful over the snail kites’ survival.

Many conservation strategies promote animal movement, said Robertson. These strategies also need to ensure that animals are reproducing after they move. For snail kites, conservation efforts should focus on managing water levels and habitat in ways that benefit snail kite reproduction, Robertson said.

The study is published in the Proceedings of the National Academy of Sciences.

Abused horses get a second chance in Florida