Home / Kentucky / Smithson wins KY Farm Bureau Discussion Meet
A new user experience is coming! We'll be asking you to login to your Morning Ag Clips account March 1st to access these new features.
We can't wait to share them with you! Read more here. 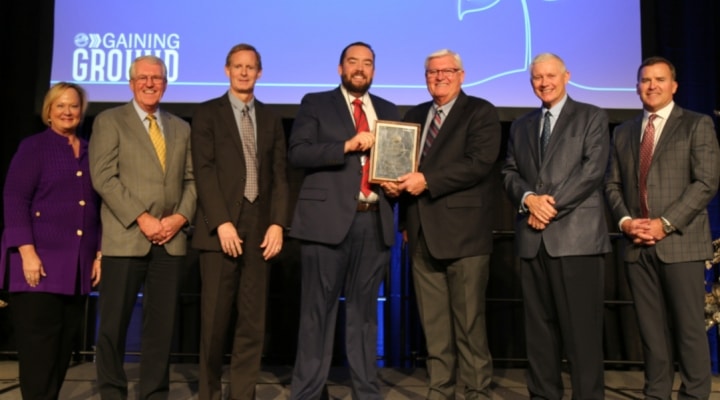 Caleb Smithson of Butler County is the winner of the 2021 KFB Discussion Meet. (Courtesy Photo)

LOUISVILLE — Caleb Smithson of Butler County won first place in the final round of Kentucky Farm Bureau’s (KFB) Discussion Meet, a debate-styled competition for young farmers that relies on an individual’s skill in reasoning and logical discussion of issues.

The topic was: “As the world population increases, so will the need for renewable resources. On a local level and across the globe, how can Farm Bureau help farmers and ranchers continue to increase their efficiency in the use of valuable resources and transition to ‘Green Energy’ practices on their farm?”

Smithson participated with four other entrants in the final event, winning a Kawasaki MULE donated by Southern Farm Bureau Life and Jacobi Sales.  Smithson will represent Kentucky in the national competition at the 2022 American Farm Bureau Federation convention in January and will be vying for prizes, including a new Ford truck.

Runner-up in the state Discussion Meet was Ben Prevette of Hopkins County who received $1,000 from KFB. The other finalists in the state-level contest were Molly Sullivan of Taylor County and Chris Thomas of LaRue County. They each received $200 cash awards from KFB.

KFB’s Discussion Meet tests entrants on their basic knowledge of critical farm issues and their ability to respond in a panel-type discussion.