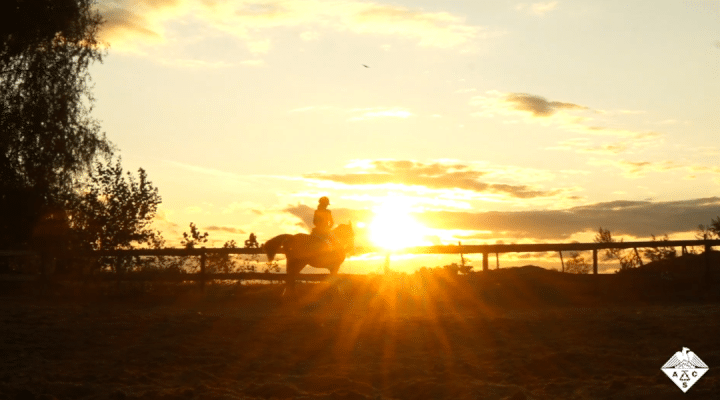 Electrical signals from the array revealed whether a rider was leaning forward, sitting in an upright position or leaning backward. The smart saddle also detected when a person was standing up and sitting down (a motion called “posting” in the equestrian world). When a rider falls off, the system can transmit a wireless signal to alert others. (American Chemical Society)

WASHINGTON — Skilled equestrians make advanced riding maneuvers, like jumps, spins and piaffes, look effortless. But good riding requires balance and subtle cues to the horse, many of which are given through the rider’s posture, seat and legs. Now, researchers reporting in ACS Nano developed a prototype “smart saddle” that could help equestrians improve their biomechanics. Moreover, the self-powered saddle can alert others when a rider takes a fall. Watch a video of the smart saddle here.

Big data collection and analysis are becoming important components of many competitive sports because they provide real-time information on athletes’ performance and fitness. However, most systems are powered by batteries, often making them bulky and inflexible. In contrast, small, lightweight triboelectric nanogenerators (TENGs), which convert mechanical energy into electricity, are being tested for a variety of applications, from harvesting the energy of ocean waves to charging cell phones through walking. In addition to powering themselves, TENGs can convert mechanical stimuli, such as pressure, touch or motion, into electrical signals. Ding Nan, Baodong Chen, Zhong Lin Wang and colleagues wanted to adapt TENGs to a smart saddle for challenging and potentially dangerous equestrian sports. 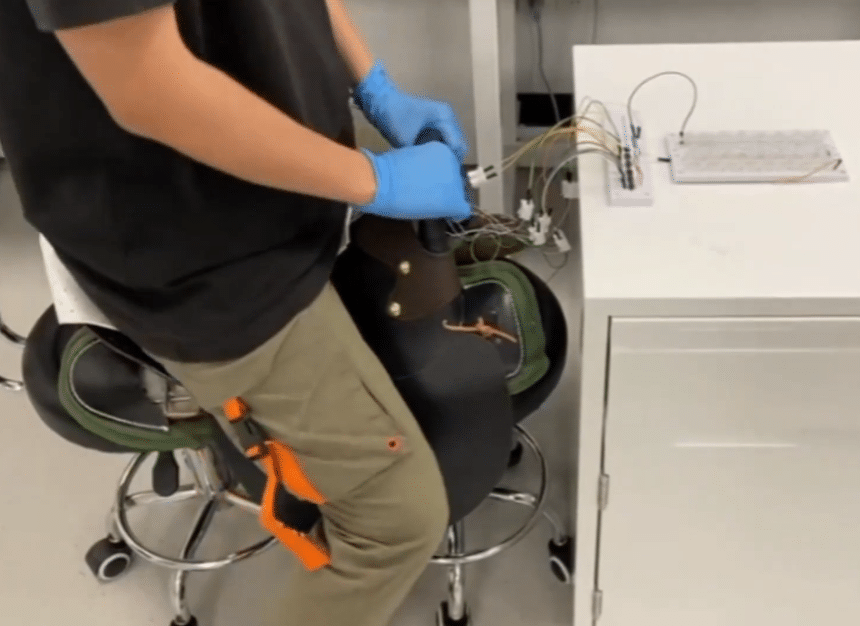 The team placed an array of seven TENGs on the top surface of a saddle so they could detect differences in pressure in various regions of the seat. Electrical signals from the array revealed whether a rider was leaning forward, sitting in an upright position or leaning backward. The smart saddle also detected when a person was standing up and sitting down (a motion called “posting” in the equestrian world). When a rider falls off, the system can transmit a wireless signal to alert others, a safety feature that could allow an injured rider to be quickly found and treated, which is especially important when riding alone. The self-powered smart saddle, which has a response time of 16 milliseconds, could someday provide real-time statistical data and fall detection to equestrians and their coaches, the researchers say.

The American Chemical Society (ACS) is a nonprofit organization chartered by the U.S. Congress. ACS’ mission is to advance the broader chemistry enterprise and its practitioners for the benefit of Earth and all its people. The Society is a global leader in promoting excellence in science education and providing access to chemistry-related information and research through its multiple research solutions, peer-reviewed journals, scientific conferences, eBooks and weekly news periodical Chemical & Engineering News. ACS journals are among the most cited, most trusted and most read within the scientific literature; however, ACS itself does not conduct chemical research. As a leader in scientific information solutions, its CAS division partners with global innovators to accelerate breakthroughs by curating, connecting and analyzing the world’s scientific knowledge. ACS’ main offices are in Washington, D.C., and Columbus, Ohio.