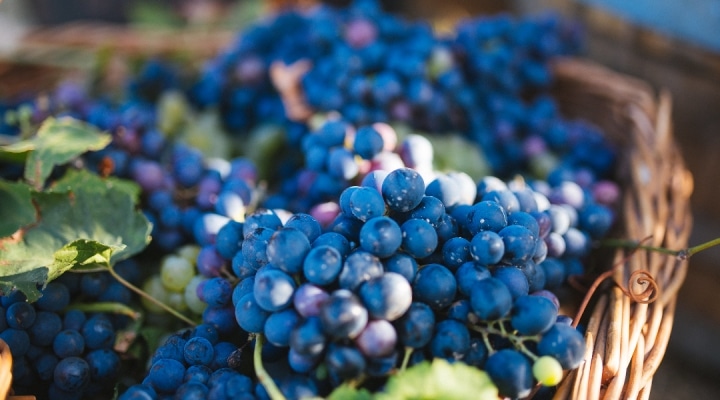 WASHINGTON — Wine grapes are particularly finicky when it comes to their environment. For instance, heatwaves and droughts lead to earlier berry ripening and lackluster wine. And these types of episodes are expected to intensify as Earth’s climate changes. Now, researchers reporting in ACS’ Journal of Agricultural and Food Chemistry have tweaked growing conditions for Cabernet Sauvignon grapes to slow down their ripening, which increased the levels of compounds associated with wine’s characteristic floral and fruity notes.

As grapes ripen and change color from light green to deep red, sugars and aroma compounds accumulate in the berries. But, when they ripen quickly because of heat or water stress, the resulting fruits produce a less desirable wine with more alcohol, a duller color and a lingering taste of cooked fruit. To counteract these negative effects of climate change on wine quality, scientists have been testing different ways to grow the plants. Previous researchers have shown that reducing the crop on the vines can speed-up grape ripening, while more intense irrigation later in the growing season can delay the process. Christopher Ford and colleagues wanted to examine the impacts of these techniques on the chemical components that contribute to the berries’ quality.

The researchers grew Cabernet Sauvignon wine grapes at a commercial vineyard in the San Joaquin Valley in California. Then, they either removed a portion of the clusters on the vines, irrigated the plants more during the later growing season, did both or did neither, and collected grapes throughout the ripening period. The plants with the fewest berry clusters had the fastest increase in sugar content and were ripe the earliest for all of the tested conditions. However, the plants that were both thinned and watered more had the slowest rate of sugar accumulation. The researchers found that slowing down grape ripening decreased six-carbon aldehydes and alcohols and 2-isobutyl-3-methoxypyrazine — associated with green and vegetal wine notes — and increased norisoprenoids and terpenes — associated with pleasant floral and fruity wine notes. The longer growing time improved the quality of grapes for winemaking, the researchers explained, but these adaptation strategies should be monitored over several years before changes are made to current practices.