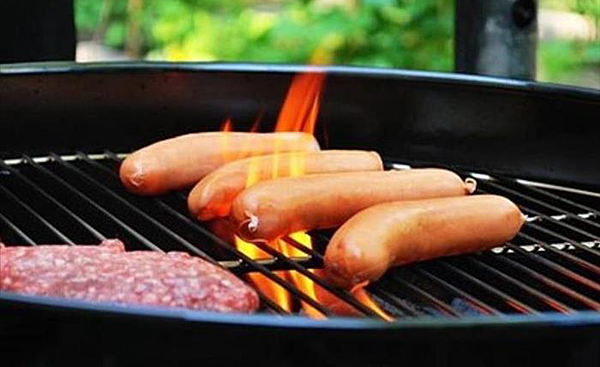 Indianapolis — This year, hosts of an Independence Day cookout featuring some of America’s summertime staples—hot dogs, cheeseburgers, ribs, watermelon and more—can expect to pay slightly more than last year. According to Indiana Farm Bureau’s informal survey, Hoosiers can expect to spend just over $5 per person for this year’s cookout. That’s approximately 5% more than last year.

INFB’s survey showed that the average cost to feed 10 people at a cookout in Indiana this summer is $52.56 or $5.26 per person.

The summer cookout survey was conducted in mid-June by 20 volunteer shoppers from all across the state who collected prices on specific food items from one of their local grocery stores. The Indiana survey results are included in the nationwide survey coordinated by the American Farm Bureau Federation. The national survey showed the average cost of a summer cookout across the country for 10 people is $52.80, or $5.28 per person, less than 1% above the Indiana average.

“Despite minimal increases this year, Indiana food prices continue to remain affordable, and just below the national average,” said Isabella Chism, INFB 2nd vice president and chair of the Women’s Leadership Committee. “Hosts gathering with family and friends this year can feed the crowd on a budget if they purchase the more affordable items in our market basket this year, like hot dogs and hamburgers.”

This year, eight items on our shopping list increased in price. The most notable increases in local prices were deli potato salad, hamburger and hot dog buns, ketchup, and pork spare ribs. Ground beef, hot dogs and baked beans also increased in price this year, but only minimally.

With record-high milk production in 2019 and cheese production increasing, consumers will see lower cheese prices this grilling season. The price of watermelon, corn chips, lemonade and mustard also declined in Indiana this year.

The year-over-year direction of the market basket survey aligns closely with the federal government’s Consumer Price Index report for food at home. As grocery prices have increased gradually over time, the share of the average food dollar that America’s farm families receive has dropped.

According to the United States Department of Agriculture’s revised Food Dollar Series, in the mid-1970s, farmers on average received more than 30 cents on the dollar for consumer retail food purchases. That figure has steadily decreased since then and is now less than 15 cents per dollar. Using this percentage, the farmer’s share of this $52 market basket would be less than $8. The remainder goes to the other parts of the food industry.

“Only a few years ago, I mentioned that the farmer’s share of our food dollar was around 16 cents. That share continues to decline for farmers and is now under 15 cents,” said Chism. “Hoosier farmers continue to find ways to streamline their operations and decrease costs of production to accommodate for this shift. Nevertheless, our farmers still provide safe, affordable food for Hoosiers and families all over the world.”

AFBF has been conducting the informal quarterly market basket survey of retail food price trends since 1989. More than 100 shoppers in 34 states participated in the latest survey, conducted earlier this month.