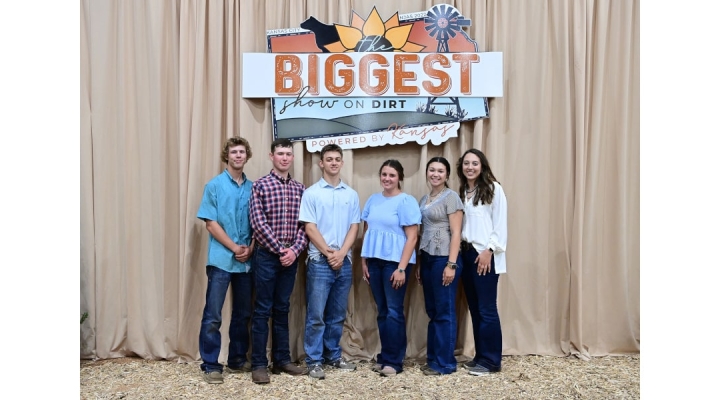 For many members, running for the board symbolizes a culmination of years of involvement and a chance to pursue a dream set at an early age. The newly elected candidates will serve two years on the NJAB — the first year as directors and the second as officers. The NJAB members travel the country assisting with shows and conferences, supporting juniors at state and national events and furthering the mission of the NJAA.

Jack Dameron joins the board from Towanda, Illinois as an animal science major at the University of Illinois. Dameron’s passion for serving the Angus family was instilled in him from his family’s involvement with the Association. During his term, he hopes to inspire juniors to pursue big goals and take advantage of every opportunity the NJAA offers.

“Growing up, I was always shy,” Dameron said, “But with the help of the junior board, I was able to gain confidence and be more involved. I want to give back in the same way and set juniors up for a successful future.”

Jayce Dickerson is a Paradise, Kansas native and looks forward to serving the junior association. As a current sophomore at Butler Community College, Dickerson comes from a six-generation cattle ranch where he has started his own string of Angus cattle. Dickerson hopes to bring energy and fun to the membership as a leader and role model.

“Ever since I was little, I looked up to the junior board,” Dickerson said. “I always thought they are the best of the best, so this is a dream come true to be a part of this team.”

Lauren Gilbert represents the state of Missouri and is an agricultural communications junior at the University of Missouri. As a first-generation Angus breeder, Gilbert understands the impact a board member can make on juniors. Her path in the NJAA began with a board member seeking her out at a youth conference and simply making her feel welcome. As she begins her term, she hopes to make a similar impact on Angus youth.

“No matter what Angus event you’re at, the green coats are always there greeting you with a smile,” Gilbert said. “I hope to positively influence juniors in the same way [junior] board members impacted me.”

Lani LeBeouf resides in Deridder, Louisiana, and currently studies nursing at Northwestern State University. LeBeouf was inspired to run for NJAB director by previous junior board members who challenged her to get more involved and become a leader. She hopes to use this opportunity to exert the same positive influence on younger members and be a role model to the membership.

“I am blessed to have this opportunity to achieve my biggest goal — wearing the green jacket,” LeBeouf said. “I hope to give my full commitment to leave a lasting impact on junior members and give back to juniors.”

Avery Mather comes from a long lineage of Angus breeders. Hailing from State Center, Iowa, Mather is an agricultural business junior at Iowa State University. As a fifth-generation Angus breeder, serving the junior association was a goal Mather set at an early age. During her tenure, she hopes to focus on mentoring younger juniors and helping members achieve success inside and outside the show ring.

“I always looked up to the green jackets,” Mather said. “I always knew I wanted to be a role model for the upcoming generation of kids, but also help juniors find and pursue their goals.”

Colter Pohlman calls Hereford, Texas home and is an agricultural and applied economics and business administration freshman at Texas Tech University. As a fourth-generation Angus breeder and second-generation junior board member, Pohlman is passionate about carrying on the Angus tradition. He hopes to use this leadership opportunity to form closer connections with members from coast to coast.

“Being elected to the board allows me to fulfill a lifelong dream of mine,” Pohlman said. “I am excited to give back to the association that has given me so many friends and so many lifelong skills.”