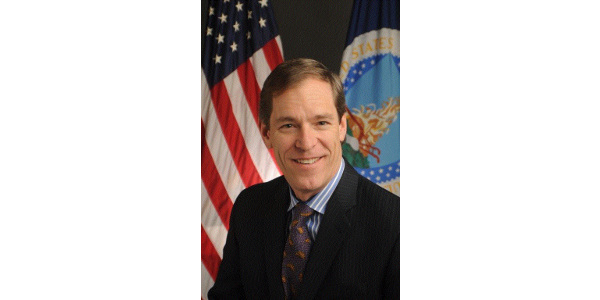 “The Deputy Commissioner oversees the day-to-day operations of the Colorado Department of Agriculture and helps ensure that we provide excellent service to Colorado’s farmers and ranchers. I am confident Steve’s extensive leadership experience in government, his knowledge of agricultural and rural policy, and his clear commitment to agriculture will prove to be incredible assets to the state. His time serving agriculture here in Colorado, as well as in D.C., is a combination that will enable us to not only better serve producers across the state, but to also grow our leadership at the national level.”

Silverman joins the Colorado Department of Agriculture after more than three decades of distinguished public service, including twenty years of work supporting farmers and ranchers as a senior official at the United States Department of Agriculture. Most recently, Mr. Silverman served as the Director of USDA’s National Appeals Division (NAD), where he oversaw a nationwide staff of professional adjudicators who resolve program disputes on behalf of farmers and ranchers in Colorado and across the United States. As the NAD Director, Mr. Silverman supervised a headquarters office in Alexandria, Virginia, and three regional offices, including an office located in Lakewood, Colorado.

Prior to being named Director of the National Appeals Division, Mr. Silverman served for two and a half years as the Deputy Assistant Attorney General at the Environment and Natural Resources Division of the United States Department of Justice. Mr. Silverman has also served as Principal Deputy General Counsel at the United States Department of Agriculture in Washington, D.C. where he supervised the operations of USDA’s Office of General Counsel and oversaw a diverse portfolio of legal and policy matters involving nearly all of USDA’s agricultural and rural development programs.

Mr. Silverman also served as the Acting General Counsel of USDA where he led efforts to resolve several high profile class action civil rights lawsuits that had challenged USDA for several decades. Prior to serving as the Acting General Counsel, Mr. Silverman served in Colorado as the Regional Attorney of USDA’s Mountain Region, located in Lakewood.

“The majority of my career has been spent in service to the communities of farmers and ranchers in Colorado and across the nation. I’m looking forward to working closely with Commissioner Greenberg and the administration to help support our next generation on the land, scale-up market opportunities, and promote farmer-led stewardship. Agriculture is vital to our everyday lives and I can’t wait to roll up my sleeves and get to work.”

The principal responsibilities of the Deputy Commissioner include coordinating policy development and implementation, overseeing the management of the Department’s divisions, and assisting the Commissioner in achieving Department goals.

For more on the Colorado Department of Agriculture, visit www.colorado.gov/ag.

Products and services to protect against COVID-19
March 30, 2020

Sharing brings out the best in CNGA members
March 30, 2020