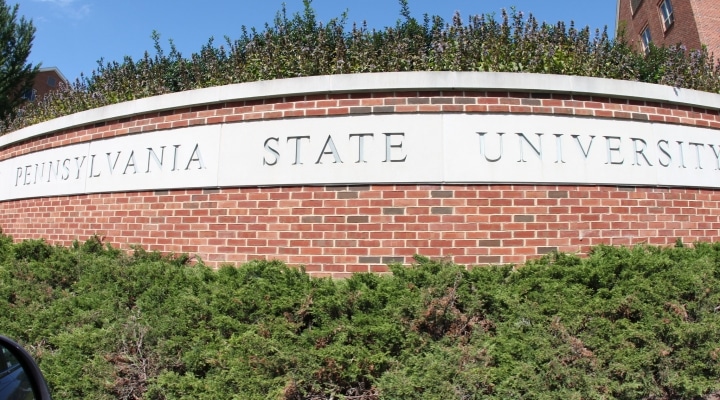 Blair D. Siegfried, professor and chair of the Department of Entomology and Nematology at the University of Florida, has been named associate dean for research and graduate education and director of the Pennsylvania Agricultural Experiment Station in Penn State's College of Agricultural Sciences, effective Oct. 1. (photo by daveynin, creative commons/flickr.com)

UNIVERSITY PARK, Pa. — Blair D. Siegfried, professor and chair of the Department of Entomology and Nematology at the University of Florida, has been named associate dean for research and graduate education and director of the Pennsylvania Agricultural Experiment Station in Penn State’s College of Agricultural Sciences, effective Oct. 1.

Reporting to the dean of the college, Siegfried will administer a research portfolio with annual expenditures averaging $115 million per year. He also will oversee 15 graduate education programs as well as the college’s participation in nine intercollege graduate degree programs.

“Blair Siegfried brings with him more than 30 years of research, teaching, extension and administrative experience at flagship research institutions,” said Rick Roush, dean of the College of Agricultural Sciences. “His belief in the land-grant mission, his knowledge of the funding landscape for agricultural research, his leadership and mentoring skills, and his commitment to the success of others around him will help him to elevate the college’s research enterprise. We are delighted that we were able to attract him to Penn State.”

Siegfried noted that he looks forward to returning to his native Pennsylvania and contributing to the success of the state’s land-grant university.

“My vision is to provide strategic leadership to create opportunities that strengthen local, regional and statewide relevance for the college’s research programs,” Siegfried said. “Open communication is critical to identifying crosscutting initiatives that impact Pennsylvania’s food and agricultural systems and natural resources. I look forward to working with the college leadership team, department heads, faculty and staff to solicit new ideas, build consensus and enhance Penn State’s reputation for excellence in research and graduate education.”

He began his faculty career in 1990 as an assistant professor of insecticide toxicology at the University of Nebraska-Lincoln, where he achieved the rank of full professor in 1999. From 2008 to 2015, he also held the title of Charles Bessey Professor, awarded for distinguished scholarship and creative activity.

In 2015, Siegfried moved to the University of Florida, where he became professor and chair of the Department of Entomology and Nematology, one of the largest entomology and nematology programs in the country, with approximately 65 faculty, 120 graduate students and 60 undergraduates majoring in the department.

During his tenure as chair, the department experienced considerable growth in its research programs with the hiring of 24 new faculty members, a 60% increase in competitive research funding and a 57% increase in refereed publications. The department’s facilities also expanded significantly, led by the completion of the $4.5 million Honey Bee Research and Extension Laboratory in 2018.

Siegfried’s research has focused on quantifying the ecological risks of pesticide use and advancing our understanding of how insects evolve resistance to insecticides. His laboratory also has developed methods to silence genes by RNA interference, or RNAi, to elucidate gene function, to identify and validate novel target sites, and to examine the potential for RNAi to serve as a direct pest management tool.

Siegfried is the author or co-author of more than 200 refereed journal articles, and his research has been supported by more than $10 million in federal, state and industry grants. Funders have included the U.S. Department of Agriculture, the U.S. Geological Survey, the U.S. Environmental Protection Agency, the U.S. Agency for International Development and the National Science Foundation.

Siegfried also has taught courses in insecticide toxicology, environmental toxins, and the ecology and evolution of pesticide resistance. He has advised or co-advised more than 40 graduate students and postdoctoral scholars.

More information about the college’s research programs can be found at https://agsci.psu.edu/research.