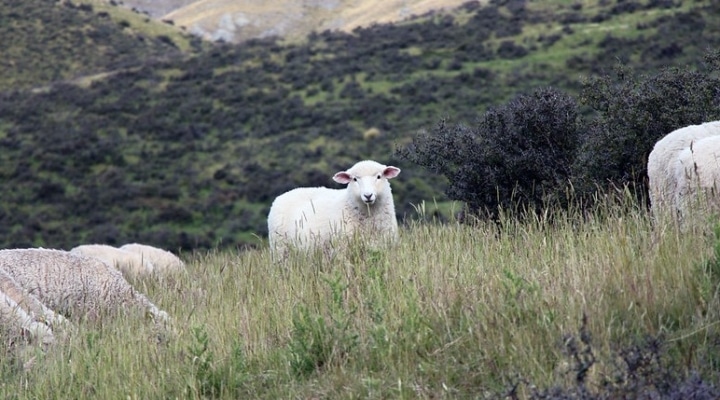 DENVER — Reverence for the Past, Innovation for the Future was more than just a theme for the 2020 American Sheep Industry Association Annual Convention. Sheep industry leaders from across the United States came together Jan. 22-25 at the Scottsdale (Ariz.) Plaza Resort to put those words into action.

Front and center was the ASI Board of Directors’ financial support of a commercial wool testing lab at Texas A&M AgriLife Research and Extension Center in San Angelo, Texas. The American wool industry has been researching the need to continue wool testing in a facility in the United States for the last couple of years. In 2019, wool industry leaders met first in San Angelo to discuss options, and later traveled to New Zealand to tour that country’s testing facility.

While the New Zealand facility will be open to American wool producers in 2020, the goal is to have the lab in San Angelo test the 2021 wool clip. Texas A&M leadership supports the idea and provided a six-figure financial support package, as well as existing building and some personnel related to the research that is conducted there today. Organizers worked with the Angelo State University Small Business Center to develop a plan for opening and operating the lab. Projections show the lab breaking even after three years in operation.

The National Sheep Industry Improvement Center and ASI’s for-profit Sheep Venture Company are partnering on a commitment of $150,000 in grant money toward equipment and training costs, while ASI will contribute $50,000 of wool funds.

“I think it’s amazing that such a small industry was able to come together and commit $200,000 to ensure we have access to wool testing in the United States.” said ASI Executive Director Peter Orwick. “Most of the American wool clip could not compete in the domestic or international markets without objective measurement, and the ASI leadership is pleased to support the wool experts at Texas A&M to provide this service.”

While details of the new lab put a nice bow on the final day of the convention, attendees were indoctrinated with the week’s theme from the outset. Thursday’s opening session provided a panel discussion with four industry innovators who built on the foundations established by their parents and grandparents and have worked to expand and grow those operations in ways their predecessors might never have imagined.

Producers Reed Anderson of Oregon, David Fisher of Texas, John Helle of Montana and Ryan Mahoney of California formed the panel. Each gave a presentation on where their operations began and worked from there to show how they’ve innovated from what were most often humble beginnings. Helle and his family earned the 2019 ASI Industry Innovation Award for developing the Duckworth clothing line that promotes a “sheep to shelf” dynamic that has proven popular with consumers. Anderson won the innovation award this year for building his own lamb processing facility to eliminate a bottleneck in his supply chain.

“I’m a fifth-generation sheep guy, but the first four generations took up all the ranch and all the money,” he said. “So, when I came along, I got the opportunity to work my ass off.”

Which is exactly what he did. Anderson got his start in the industry as a shearer and eventually started running his own flock on the grass seed fields of Oregon’s Willamette Valley – where moving sheep is as inevitable as death and taxes. But it never failed that when it came time to get the lambs out of the fields, Anderson had a hard time getting them processed. So, he cut out the middleman and built Kalapooia Processing. With his wife, Robyn, and sons, Jake and Travis, the family-run operation now provides lamb to restaurants and grocery stores throughout the Pacific Northwest.

Along the way, Anderson built his own distribution system, learned to compost everything that he couldn’t sell and established an operation will stand the test of time.

Helle took on a similar challenge on the wool side of the industry. His parents, Joe and Aggie, had devoted their lives to building a fine-wool operation in Montana. But to see the true value of the wool, they developed the Duckworth clothing line and started processing their own American wool.

The idea was hatched on an area ski lift with branding expert Bernie Bernthal. He and Helle would talk business on the way up, ski their way down and start all over again – which lends a certain Montana-style credibility to the entire operation.

“We’re selling more than just wool,” Helle said during his presentation. “We’re selling Montana. We’re selling a way of life. Marketers love to sell products with a story, and millennials in particular, want to know where their wool comes from.”

While Anderson and Helle looked to create new businesses to sustain their sheep industry involvement, Fisher and Mahoney are developing new programs and implementing new technology within their flocks to increase productivity and secure the bottom line.

Running fine-wool Rambouillet sheep, Fisher looked at two solutions: increase his flock’s lamb crop and improve their wool quality. Technology played a role in both. He learned how to ultrasound his own pregnant ewes, got involved with the National Sheep Improvement Program and signed up for Superior Farms’ Flock 54 program. While using technology comes with a cost, he believes its use has already paid dividends in his operation.

Without knowing it at the time, Mahoney saved his family’s historic operation. He was offered a job in the family’s feedlot by his grandfather. Years after accepting – and eventually working his way up to running the entire operation – he learned that his grandfather would have left the sheep business completely if Mahoney hadn’t taken the job.

Since then, he’s had plenty of crazy ideas – and some not so crazy. “Nothing replaces good animal husbandry,” he told the crowd.

Mahoney started collecting data from his flock. But the only way for him to monetize the investment in data collection was to also use that data to make smart decisions about his operation. While he’s embraced technology, Mahoney offers one key piece of advice.

“Get what works for you,” he said.

ASI is following that advice, as well, in two key areas with the development of the American Wool Assurance Program and the Secure Sheep and Wool Supply Plan. Wool standard programs have been popping up across the globe in recent years – mostly at the request of manufacturers and retailers – to show that wool is harvested in a responsible manner. Before long, sheep producers who aren’t involved in one of the many standards might find it difficult to sell their wool.

With that in mind, ASI is working with Colorado State University to develop a wool standard that works for both producers and the companies who purchase, manufacture and sell wool. While the program is still in the developmental stage, Dr. Jason Ahola from CSU was on hand to discuss preliminary findings with wool producers in several meetings during the week.

The Secure Sheep and Wool Supply Plan being developed by ASI in conjunction with Iowa State University is aimed at planning for a possible disease outbreak within the sheep industry. Dr. Danelle Bickett-Weddle – who was on hand for the Production, Education and Research Council meeting last week – is working on disaster plans, as well as educational handouts, a website and more that will allow the sheep industry to come together to stop the spread of an infectious disease.

U.S. Department of Agriculture Under Secretary for Food Safety Dr. Mindy Brashears made her first speech of 2020 at the convention when she spoke to the ASI Board of Directors Informational Session on Friday afternoon and addressed two issues important to the sheep industry: fake protein and spring lamb.

“The good news for 2020 is that we are moving forward with labeling requirements for cell-based foods,” she said. “A labeling requirement describes the process, so there will be a requirement for it to be cell-cultured or cell-derived foods. Whatever the label is, that will go out for public comment and we expect to have that wrapped up by the end of the year.

“We are working very closed with FDA on the labeling of plant-based proteins. There is a standard of identity for the term lamb or beef or chicken or bacon that we have, and those products are not meeting that before sticking that on the label. FDA is aware of that. As an industry you need to continue to let FDA know that this is not acceptable and that you want them to take action. We’re doing that on our end and will continue to do that.”

As for a petition to change the definition of spring lamb, Brashears said USDA has taken and compiled public comments – including those from ASI against the change – and is working on a response. She said a decision is expected to be announced within a month or two.

Additionally, the Resource Management Council gathered to discuss key priorities for the industry. Aurelia Skipwith, director of the U.S. Fish and Wildlife Service, received a standing ovation in speaking about her and Interior Secretary David Bernhardt’s commitment to partnership with sheep producers and ASI to keep working lands working. With sheep producers in nearly every region facing issues from wolves and bears protected by the Endangered Species Act – despite having met or exceeded recovery goals – common-sense regulatory changes to the act were welcome news.

Across all agencies represented in Scottsdale, comments mirrored a spirit of cooperation. Jacque Buchanan from the U.S. Forest Service discussed USDA Secretary Sonny Perdue’s commitment to “shared stewardship” of our nation’s forests to implement measures to reduce wildfire, enhance the range and mitigate conflicts.

In other association business, each of ASI’s eight regions met for individual caucuses, and three of those regions were tasked with electing new representatives to the ASI Executive Board. Region I elected Laurie Hubbard of Pennsylvania, Region III elected Anne Crider of Illinois and Region V elected Tammy Fisher of Texas. They were each elected to serve two-year terms on the board, and will be eligible for reelection to a second, two-year term.

Retiring Executive Board members Don Kniffen of New Jersey, John Dvorak of Minnesota and Bob Buchholz of Texas were all honored for their years of service to the industry during the Saturday board of directors meeting.

Informing the public on the cycles of cattle production, grazing & economics
November 17, 2021