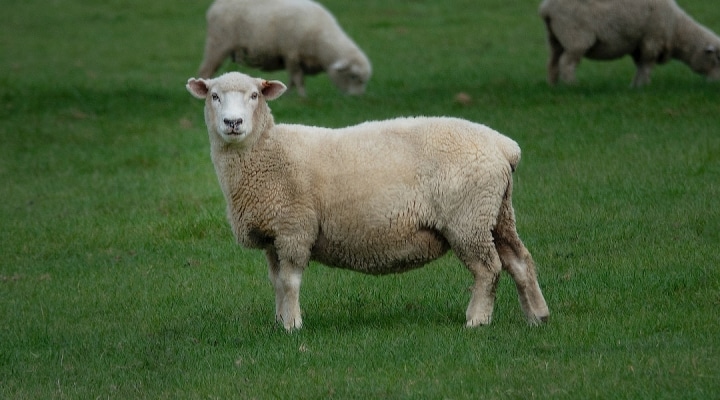 Membership in Sheep Genetics USA is free, and registration is now open. (Photo by John Fowler on Unsplash)

WASHINGTON — Kickstarting genetic research and implementation was the main goal of an industry-wide mandate that came out of the 2020 American Sheep Industry Association Annual Convention. To that end, a group of producers came together during the past year to develop the backbone of Sheep Genetics USA. The new, stand-alone organization was introduced to the industry during the 2021 ASI Annual Convention in late January.

Wyoming’s Brad Boner, Utah producer Tom Boyer, Rusty Burgett of the National Sheep Improvement Program, Ben Lehfeldt or Montana and Ohio producer Bill Shultz spent the past year establishing an organizational structure that will allow Sheep Genetics USA to bring all segments of the industry together with a focus on measurable genetic improvement.

“For several years there’s been interest in creating a structure that could represent all of the breeds of sheep, all of the different types of sheep that we have in the United States on a genetics’ basis,” said Boyer, adding that recent changes in the industry have opened doors toward “a genetic structure that we can now work on and control. Many parts of our sheep production system are sort of out of our control – things such as predators, public lands, bighorn sheep and all of the other issues that we fight from day-to-day. But genetics are one of the areas we can control, one of the things that are within our ability to manage.”

The group sees Sheep Genetics USA as a bridge that will provide a pathway for the American sheep industry to travel from the traditions of the past to the innovations of the future. The driving force behind these changes will be the producer members of Sheep Genetics USA, a group that will include representation from all aspects of the industry. Seedstock producers, commercial producers, lamb feeders, researchers and consumers will be represented within the group.

“We’re going to make every effort to make sure that the ideas flow from the bottom up and not from the top down,” said Boner. “Success of this group will be highly dependent on the active membership of people who have a passion for moving the sheep industry forward.”

By uniting the industry on the research front, Sheep Genetics USA hopes to build on the steady progress of NSIP and ASI’s Let’s Grow Program. Those two groups laid a solid groundwork for the future, but the work can’t stop there. Sheep Genetics USA will look to guide research within the industry, as well as provide funding for such research through the acquisition of grant funds from a number of government agency, research and private sources.

Burgett said much of the early work of Sheep Genetics USA has been based on the Beef Improvement Federation, and that organizers have consulted with that group on the pitfalls faced in forming an organization geared toward genetic improvement in livestock.

As valuable as the research developments might be to the industry, they are useless if producers don’t choose to incorporate them into their flocks. So, Sheep Genetics USA will work as a bridge once again, allowing for the flow of information from the researchers down to the producer level. A dedicated group of Extension personnel from the land grant universities will play an important role in this area. The idea is to not only create research, but to also make it useful for producers.

Membership in Sheep Genetics USA is free, and registration is now open. Prospective members can choose which committee they feel they can add the most value to: ASI/Producer; American Lamb Board/Consumer; NSIP; Seedstock and Registries; Feeder/Packer; and Research, Education and Emerging Technology.

NYFB on exclusion of farmworkers from vaccine eligibility list