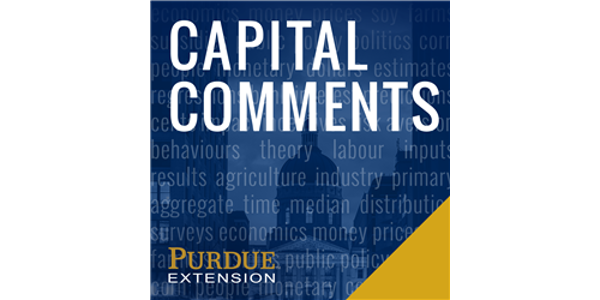 The LIT reform took the old taxes and combined them into one rate with some “buckets” for revenue to be used for different purposes.(Courtesy of Purdue)

WEST LAFAYETTE, Ind. — Indiana has used local income taxes since 1974, but in 2017 we made big changes in how they work. There used to be three, or seven, or maybe 13 different kinds of local income taxes, depending on how you counted. We called them by their acronyms: CAGIT, COIT, CEDIT, and LOIT. It got really complicated. Then last year, we combined them all into one local income tax, which we’re calling: LIT.

So, how’s that working out for us?

LIT is definitely simpler. On June 1 the State Budget Agency posted a document estimating county LIT revenues for 2019. It was five pages long. In the last year of the old system (2016), the document was 11 pages long. You can find the LIT documents on the Budget Agency’s website.

This year, the General Assembly added another bucket. Revenue can go to counties for corrections facilities. That’s a sign that the simplification is likely to get more complicated again as the years pass and new revenue needs crop up.

In addition, over the years the General Assembly has passed bills to authorize particular counties to use LIT rates for special purposes.

The LIT reform created more flexibility. The old taxes all had maximum rates, but now all the spending buckets are under a single maximum. The old public safety tax had a maximum rate of 0.25 percent. The new public safety bucket is under the overall expenditure limit of 2.5 percent, along with the general, economic development, and new county corrections buckets. Some counties have taken advantage of this new flexibility. This year, 12 counties have their public safety rates above the old 0.25 percent maximum.

In total, 18 counties increased their LIT rates in 2018. Three counties rearranged the amounts going into each bucket without changing their overall rates. One county reduced its LIT rate. Those changes raised the average LIT rate across the state to 1.53 percent, from 1.46 percent in 2017.

That’s a bigger than usual rate increase. Will this be a one-time thing, in the first year of the new flexibility? Or is the new system somehow more encouraging of LIT increases? We’ll have to wait and see. Counties will make their LIT rate decisions for 2019 by the end of October this year.

The state’s Department of Revenue collects local income taxes along with the state income tax, then the Budget Agency decides how much to distribute to the counties. Distributions are based on collections in the previous state fiscal year. In 2018, counties will receive revenue equal to collections from July 1, 2016 to June 30, 2017. So, all collections eventually are distributed back to counties. Distributions are adjusted upward when tax rates are increased.

Here’s a problem though: When the economy expands and collections increase, current distributions will always be less than current collections. The difference accumulates in each county’s LIT balance held by the state. If the expansion goes on for a long time, balances could get really large.

And that lets in a little light on LIT.

Fewer flies equals less stress for you & your horse

SMV signs save lives, use them properly
September 22, 2022