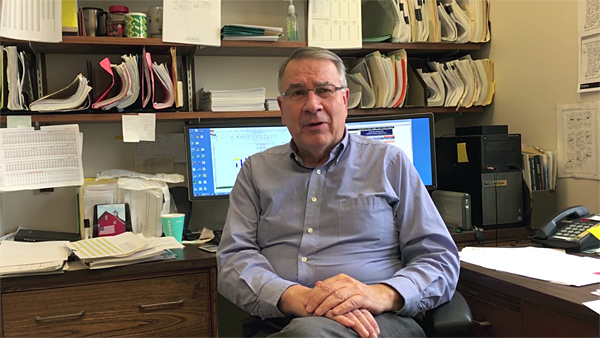 WEST LAFAYETTE, Ind. — Seven agricultural educators and industry leaders have been named recipients of the Certificate of Distinction, the highest honor bestowed by the Purdue Agricultural Alumni Association.

The award is presented annually to professionals who have contributed significantly to agriculture, forestry or natural resources through career accomplishments, organizational involvement, community service and other activities.

This year’s winners are:

After serving as a Purdue Extension research associate and community development specialist from 1977, Ayres earned her Ph.D. in 1983 and was named an assistant professor of agricultural economics. She was promoted to associate professor in 1989 and became a full professor in 1995. The longtime resident of Carroll County has conducted more than 2,000 workshops and trained 65,000 leaders and professionals in leadership and rural development.

In 1996 Ayres was named assistant director of Extension and program leader for leadership and community development. She led the Community Development Program and established the Purdue Land Use Team. In 2012 she launched the Rural Issues series of Extension publications, covering topics such as growth and decline, aging, poverty, teen childbearing, community banks, population trends and food insecurity.

A native of Jennings County, Biehle was named the first superintendent of the Southeast Purdue Agricultural Center in 1977. Over the next 39 years, he helped build SEPAC into one of the leading research facilities of its kind in the nation, leading an expansion from the original 900 acres to more than 2,400.

In 2015, an estimated 65 research projects were underway at SEPAC, involving more than 50 researchers, graduate students, Extension educators and industry professionals.

A 1972 graduate of Purdue’s food science program, Culler is recognized as one of the foremost food safety experts in the meat processing industry. He began his career in research and development at Hormel Foods Corp., before moving to the Land O’ Frost Corp. He then joined Bil Mar Foods Inc., a division of the Sara Lee Corp., serving as corporate director for quality assurance and representing the company on both the American Meat Institute and National Turkey Federation meat inspection committees. Culler later served as vice president of quality assurance at Kent Quality Foods.

He has been active with the American Association of Meat Processors, the American Meat Science Association and the Michigan Meat Association, where he served on the board of directors for 18 years and as president from 1998-2002.

Eppley, a grain farmer in Wabash County, is widely considered to be the father of Indiana’s corn checkoff program.

“Without Dean’s determination and willingness to put years of time into getting a corn checkoff passed in Indiana, we probably would never have gotten one passed,” said Dennis Maple, former president of the Indiana Corn Marketing Council. “He was there in the trenches, asking our national organization for more money one year to help Indiana get it done. And finally, our state passed the checkoff. We have Dean to thank.”

Ferris is one of Purdue Agriculture’s longest-serving faculty members and one of the world’s leading experts on the soybean cyst nematode. She joined Purdue as an associate professor in 1965 when women faculty members in the College of Agriculture were rare. She was promoted to full professor in 1974. Working with her husband, John, an entomologist at Purdue, and a team of fellow Purdue researchers, Ferris identified genes in soybeans that provided resistance to the cyst nematode, a destructive plant parasite that has cost producers millions of dollars in crop damage.

“Few careers with which I have been made aware share the breadth of reach and stretch of scholarship demonstrated by the career of Dr. Virginia Ferris,” said Robert Walz, Indiana’s state chemist and seed commissioner, and a former colleague and student of Ferris. “She exemplified the authority of a respected academic pedagogue with high professional expectations of her students.”

One of the country’s most respected agricultural economists, Hurt has been providing vital market information and financial guidance to Indiana farmers since joining the Purdue faculty in 1981. Each year, he speaks directly to 8,000 or more people through presentations in more than 60 Indiana counties and gets more than 300 media requests for interviews annually, from publications ranging from the USA Today, New York Times and Wall Street Journal to the National Hog Farmer, Farm Journal and Corn and Soybean Digest.

According to colleagues, the foundation of his success is identifying economic issues that are important to decision makers, then developing educational programs to promote understanding of those issues.

Wiltrout earned both his bachelor’s and master’s degrees at Purdue before embarking on a four-decade career in the agriculture industry, primarily at DowAgroSciences (formerly known as DowElanco). As an acknowledged leader in biotechnology development, he has visited a number of countries – from Brazil and Uruguay in South America to the Netherlands, South Africa and Ukraine – to promote advanced agricultural methods through collaboration, negotiation and trust-building.

The Kosciusko County native has also been a catalyst for the development of healthier canola and sunflower oils. “Tom really helped shape the industry,” one colleague recalls. “He was involved in the first product launch and led or was involved in many of the strategic decisions on how companies invested and aligned themselves across the industry.”

The keynote speaker for this year’s Ag Alumni Association Fish Fry is David Boudia, Olympic champion diver and Purdue graduate. Tickets for the event are $25 and must be purchased in advance at http://purdue.ag/fishfry.