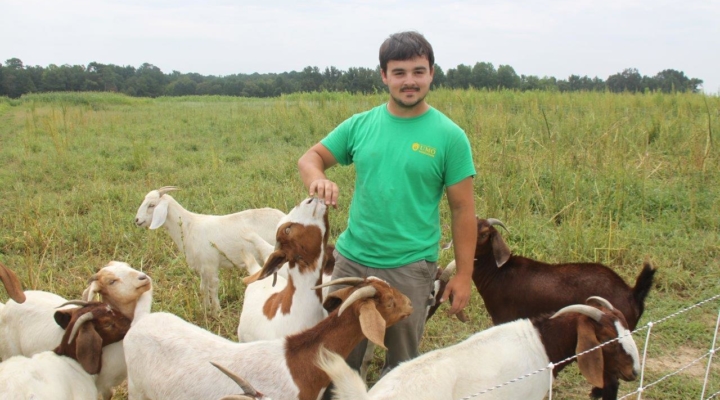 MOUNT OLIVE, N.C. — Since he was old enough to hold a garden hoe, Noah Stewart has found purpose in serving others through agriculture. As a child, he fondly recalls late nights and bright summer days helping out on the family farm.

“My father is an agricultural teacher at Spring Creek High School and my mother’s family operates a farm,” explained Stewart. “So, needless to say, agriculture is in my blood.”

Attending Spring Creek High School, Stewart became heavily involved in FFA.  “I participated in everything I could from FFA competitions to snagging a job working for a plant-based research company.” However, it was not until Stewart began his FFA Supervised Agricultural Experience (SAE) project that he realized just how deep his purpose in agriculture would take him. 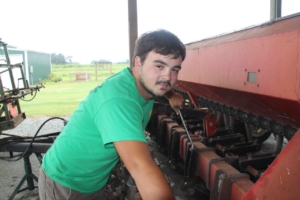 Seeing that many local farmers needed equipment repairs, Stewart decided to fill the gap. He developed a mobile business called Noah’s Arc that provides welding services to the farming community. “My dad actually drew my business logo on a napkin one night as we were discussing it over dinner at the Western Sizzlin in Goldsboro,” Stewart said. “I held onto that napkin out of faith, because starting my own business and giving back to agriculture was my dream.”

After high school, Stewart enrolled at Wayne Community College (WCC) with the goal of majoring in business and eventually expanding his welding enterprise.  However, after a year he had a change of plans. “I wanted a career that was self-giving, and I wasn’t sure that running a business alone would allow me to do that.”

Stewart met with Dr. Sandy Maddox, Director of the Lois G. Britt Agribusiness Center, at the University of Mount Olive (UMO). “The connections and level of care that I have received from Dr. Maddox and the UMO staff have been remarkable,” he said. “I grew up surrounded by faith, so the focus of the University and its affiliation with the Original Free Will Baptist Convention has been an amazing bonus.”

Stewart transferred to UMO in the fall of 2018.  He enrolled as an agricultural education major and received scholarships from the CFFA and Wayne County Master Gardeners Association.

“Agriculture is the root of everything,” Stewart explained. “So, it’s important that students get an understanding of where their food and other materials come from regardless of what their future careers will be.”

Ready to fulfill his newfound purpose as a student and future teacher, Stewart became involved in and out of the classroom. He joined CFFA, where he has served as Chaplin and Vice President. “Whether we’re eating a meal or serving the community, the gathering and fellowship of the CFFA has helped me to build irreplaceable friendships,” said Stewart.

Recognized for his initiative and hard work ethic, Stewart was hired as a student worker at UMO’s Kornegay Farm. Usually being the first to arrive on site, his days are filled with maintaining the farm’s livestock and picking seasonal produce. “The agriculture program is constantly growing through projects like the farm,” said Stewart. “It’s neat to be a part of that progression while gaining real-world experience at the same time.” 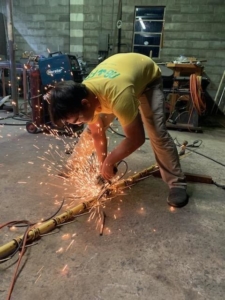 Stewart plans to share the knowledge he has gained as he begins his student teaching during the coming academic year at Charles B. Aycock High School.  He is on track to graduate in May of 2020 and plans to teach agriculture and continue to grow his welding business.

“Being at UMO is allowing me to achieve my goals of starting my own business and teaching Ag,” said Stewart.

Stewart is the son of Chris and Nancy Stewart. He has two brothers, Brian and Matthew.

Daniel Kornegay talks about life on the farm
June 1, 2020