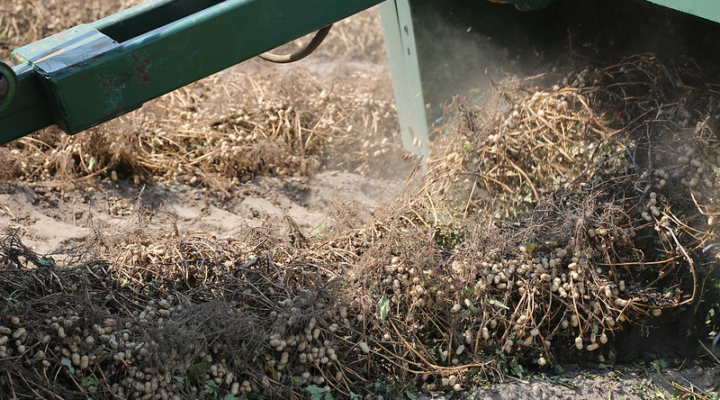 While it seems Georgia is finally seeing a break from the summer heat, the long hot summer, including a record-setting September, has already caused problems for many Georgia farmers. (photo by UGA CAES/Extension, creative commons/flickr.com)

ATHENS, Ga. — While it seems Georgia is finally seeing a break from the summer heat, the long hot summer, including a record-setting September, has already caused problems for many Georgia farmers.

With almost no rain during September, drought conditions expanded across the state.

Record-setting temperatures and almost no rain during September caused a major expansion of drought across Georgia. The dry conditions caused problems for farmers trying to grow forage and harvest peanuts in heavier soils but the harvest was ahead of schedule due to the lack of rain.

The dry conditions in September caused a lot of problems for farmers. Forage stopped growing and feeding hay to livestock was widespread. Filling of soybean pods was reduced with a negative impact on yields, and it was too dry to defoliate some cotton and harvest some dryland peanuts. However, in areas where harvest was possible, dry and clear weather allowed harvests to proceed ahead of schedule for both cotton and peanuts.

While October saw a break from record high heat across the state, climatologists project that temperatures will continue to be warmer than normal throughout fall. The state should see less rainfall than normal during October but may return to normal patterns later this fall.

A return to normal would be welcome after such a dry summer and September when the majority of the state receiving less than a quarter of their normal monthly rainfall.

Not surprisingly, no daily precipitation records were set during the month.

While rainfall was far below normal, temperatures were above normal across the state.

Numerous high-temperature records were broken during the month, especially in the last week.

Many other high-temperature records were broken or tied this month, including Brunswick which reported a new high nighttime low temperature of 79 F on Sept. 27 (breaking the old record of 76 F set in 1998).

For more information, see the “Climate and Agriculture” blog at https://site.extension.uga.edu/climate/ or follow SEAgClimate on Facebook and @SE_AgClimate on Twitter. Email your weather and climate impacts on agriculture to be shared on the blog to pknox@uga.edu.

GFB digs in with England, Tillery during videoconference
August 6, 2020