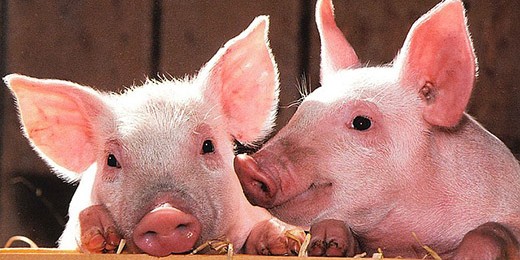 The USDA’s September Hogs and Pigs Report places the Sept. 1 inventory of all hogs and pigs at 79.1 million head, a record for this quarter, up just 0.7% from last year and slightly above the average pre-report estimate of 0.3% higher but still within the expected range. (Univeristy of Illinois Extension)

URBANA, Ill. — The USDA’s September Hogs and Pigs Report places the Sept. 1 inventory of all hogs and pigs at 79.1 million head, a record for this quarter, up just 0.7% from last year and slightly above the average pre-report estimate of 0.3% higher but still within the expected range. While down 0.7% from last quarter, the record for this quarter on its own could be viewed as a continuation of industry expansion, according to Jason Franken, agricultural economist at Western Illinois University.

“However, the somewhat higher-than-anticipated inventory basically reflects a market hog inventory that, at 0.8% higher than a year ago, is also just above pre-report expectations of 0.6% higher, while the breeding herd is down 1.5%, compared to expectations of 1.1% to 3.3% lower,” Franken says. “That is, for two consecutive quarters, the cutting of the breeding herd in response to low prices may be signaling oncoming industry contraction; even if it is not as strong of a response as anticipated.”

The decline in lighter-weight-class hogs partly reflects that the June-August pig crop—though not as small as the anticipated 4.9% drop—was almost 3.5% smaller than last year, with nearly 2.9% fewer sows farrowed and 11.04 pigs saved per litter—or about 0.6% lower than the 11.11 pigs per litter for the same period last year.

“With annual averages of 10.68 and 10.98 pigs per litter in 2018 and 2019, respectively, this year will almost certainly continue the upward trend observed over the last decade. The smaller pig crop should imply a similarly smaller slaughter this winter,” Franken says.

“Farrowing intentions for the fall and winter, respectively, are down about 5% and 1% from the prior year. The projected drop for the fall, in particular, may be a bit large with only a 1.5% reduction in the breeding herd, and hence, may underestimate actual realized farrowings,” he adds.

“Last June’s Hogs and Pigs Report estimated summer farrowing intentions to be 5% lower than the previous year with a 1.3% smaller breeding herd but, as noted above, only 2.9% fewer sows were farrowed. Still, the numbers suggest that producers have responded to lower prices and the possibility that COVID-19 could again constrain slaughter rates and demand.”

Franken explains that if slaughter facilities that were previously shut down due to COVID-19 concerns are able to continue operating at current slaughter rates or higher, there is plenty of room in cold storage, as it has not yet been replenished since being pulled down earlier during the pandemic. According to last week’s USDA cold storage report, cold stocks of pork on Aug. 31 are up 2% from the previous month butdown 23% from a year ago. Poultry stocks are up 1% from last month but down 2% a year ago, while beef is up 5% from last month and down 2% from last year.

The USDA has revised its forecast of U.S. per capita pork consumption in 2020 back up to 51 pounds per person from its earlier estimate of 50.4, with the number dropping back to 50.6 pounds per person in 2021. Prior to COVID-19, U.S. per capita pork consumption reached 52.4 pounds in 2019 or the highest it has been since it was 54.2 pounds in 1981. With fairly stable domestic demand expected, exports remain the big wildcard, Franken notes.

“The big news is that China, Korea, and Japan have temporarily banned pork imports from Germany due to detection of African Swine Fever in wild boars, which could help U.S. exports. While the dollar has been competitive, re-emerging COVID-19 concerns in parts of Europe are causing its value to rise relative to currencies of other countries that may be better suited to supply the pork products previously sourced from Germany,” he says.

“Prior to this news, the U.S. exported 555 million pounds of pork in July, or about 2.5% more than in July of 2019, again largely due to shipments to China and Hong Kong. These shipments and strong exports to Canada and Mexico partly reflect trade deals with these countries, which should continue to be important export markets for U.S. pork. Although the potential for COVID-19 to negatively impact demand remains, U.S. pork exports are still expected to exceed year ago levels.”

“Even with strong domestic and export demand, the large number of nearly market-ready hogs and the lower-than-anticipated decrease in breeding inventory are likely to constrain prices for the remainder of 2020, with greater profit potential in 2021,” Franken states.

“The forecast presented here is for the national weighted average net price on a carcass basis for all transactions for producer-sold barrows and gilts, including negotiated and contract prices,” he says. “This net price should be more reflective of what producers receive, on average, and normally runs at a premium of more than $2/cwt over the base price on average. This net price averaged $56.23/cwt for June, July, and August compared to $34.49/cwt for the corresponding net prices for negotiated or spot transactions.”

Hog prices typically drop seasonally from the 3rd to 4th quarters, with much of that ground regained over the next two quarters. Assuming that the U.S. picks up some export demand due to bans on imports of German pork, this forecast diverges from that pattern with somewhat higher 4th quarter prices at about $64.15/cwt, reflecting that strong export demand tempered by slaughter capacity constraints, Franken explains.

“Of course, prices could rise even further if concerns for slaughtering bottlenecks, with the projected large inventories of nearly market ready hogs, prove unwarranted. For the first three quarters of 2021, prices are forecast to rise seasonally to $70.79/cwt, $73.24/cwt, and $79.19/cwt. However, if during that time, China’s hog production recovers sufficiently from its own bout with African Swine Fever, then export demand may be insufficient to reach these price projections,” he concludes.

Discussion and graphs associated with this article available here: https://farmdocdaily.illinois.edu/2020/09/many-market-ready-hogs-with-industry-contraction-to-follow.html or here: https://uofi.box.com/s/gzf49yrqatrlqw3m4ssq4cgae7a4kcy0