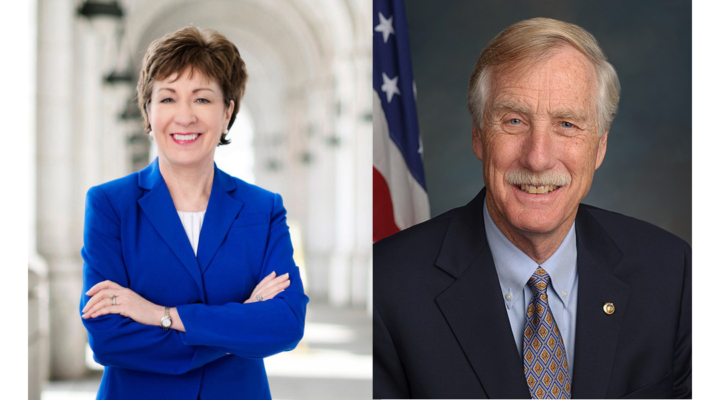 Republican Sen. Susan Collins and independent Sen. Angus King say a bill they are helping to introduce would help American farmers get an edge in the world market. They say the bill aims to revitalize the U.S. Department of Agriculture’s export promotion programs.

Collins and King are introducing the bill along with Republican Sen. Joni Enrst of Iowa and Democratic Sen. Joe Donnelly of Indiana. They say the export promotion programs generated a net return of more than $28 per dollar invested between 1977 and 2014.

The bill would double funding for the Market Access Program and Foreign Market Development Program incrementally over five years. That would increase funding to nearly $470 million combined.