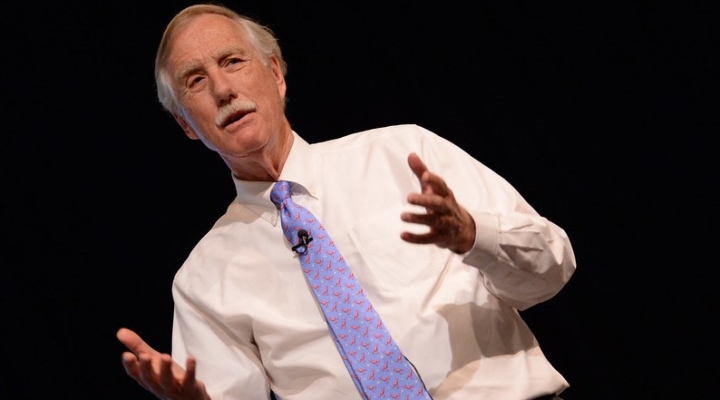 Sen. Angus King said Wednesday the value of Maine’s wild blueberry exports to China are on pace to drop by nearly 97% since 2017. Maine is America’s producer of wild blueberries, which are smaller than cultivated blueberries and are widely used in frozen and processed products.

King said it’s unfair that Maine wild blueberry growers haven’t been included in President Donald Trump’s farm bailout programs. He said the blueberries are “an iconic Maine agricultural product” that has “lost a piece of its future.”

The Maine wild blueberry industry is facing other difficulties outside of the trade dispute with China. Prices for the fruit have been much lower than they were earlier this decade. The size of the harvest last year was also the lowest in more than a decade.

King delivered his remarks via a letter to U.S. Trade Representative Robert Lighthizer and U.S. Department of Agriculture Secretary Sonny Perdue. He was also scheduled to speak about the issue on the Senate floor later Wednesday.