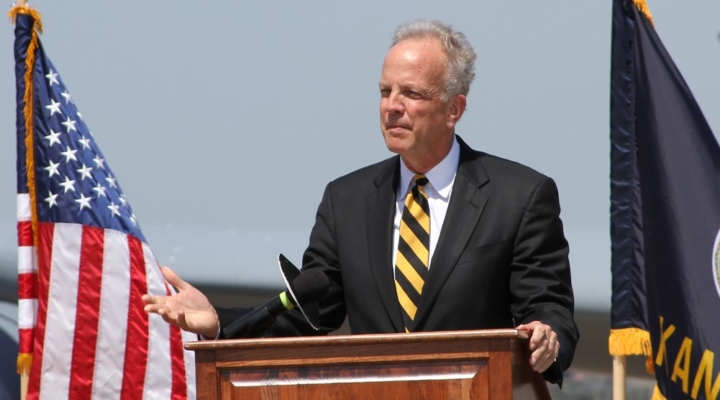 WASHINGTON — U.S. Senator Jerry Moran (R-Kan.) authored an open letter – first published in Agri-Pulse – to agricultural organizations regarding the threat of NAFTA withdrawal and urged them to advocate for sound trade policy. With low commodity prices and declining farm revenues, the rural economy cannot afford to lose out on export markets.

The timing of Sen. Moran’s call to action coincides with a letter 168 agriculture groups sent today to all 50 governors regarding the “importance of NAFTA to the U.S. food and agriculture industry and to express concern about the potential of a withdrawal from this critical trade agreement.”

An Open Letter to U.S. Farmer and Rancher Organizations:

While tax reform dominates the discussion in Washington, D.C., U.S. agriculture must not allow its focus to be diverted from the equally important issue of agricultural trade. Reforming our nation`s tax code is critical to growing the economy and can benefit all Americans. However, there will be little to no benefit of tax reform to farmers and ranchers if their ability to sell what they produce around the world is diminished.

There are real Kansans behind these numbers who often get lost in the conversation: farmers and ranchers who hope to see the family operation stay in the hands of their kids and grandkids; teenagers and college students who want to return to the farm or ranch. The ability of a new generation of young producers to make a living in agriculture is impacted far more by the wheat, corn, cotton, and beef being exported each year than by any single tax deduction. And tax rates are irrelevant to the farmer or rancher who loses half of their income due to lost export markets.

President Trump has been consistent in his criticism of trade deals, especially NAFTA, and every indication coming from the administration points toward outright withdrawal from the agreement. Terminating a major trade deal would be unprecedented, which may make the threat hard for some to take seriously. But I am convinced our country is headed down a path toward withdrawal from NAFTA unless action is taken by agricultural groups to change the administration`s course.

This letter is not intended as criticism of farm and ranch organizations. In conversations with agricultural groups and individual producers, I am impressed with the knowledge and conviction exhibited in defense of agricultural trade. I have heard the deep concern for the economic harm that will be done to rural America if key export markets, such as Mexico and Canada, are closed or restricted to agricultural producers.

I write this letter to encourage all of us to do more. To urge agricultural and commodity groups to raise their concerns with the President and his administration through op-eds, letters, social media campaigns, and other venues about the importance of trade. The voices of lawmakers raising alarm will only go so far – the real power to change the conversation lies with the American people.

Tax reform is critical to our nation. But we can`t afford to let the debate over taxes take our attention away from simultaneously protecting the ability of farmers and ranchers to continue to export food and fiber across the globe. The news that the Trans- Pacific Partnership will move forward without U.S. involvement heightens the consequences of NAFTA withdrawal. With the leadership of agricultural organizations, we can help rally farmers and ranchers to speak up about the importance of trade to the future of a livelihood in agriculture. Tough negotiations on improvements – yes; withdrawal from NAFTA – no.