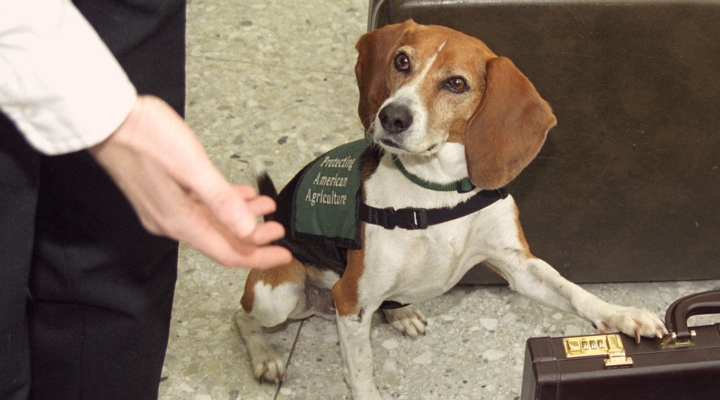 “Agriculture is a critical economic driver in Michigan and across the country, but longstanding shortages of agricultural inspectors limits Customs and Border Protection’s ability to prevent pests, diseases and other dangers from entering our country and puts production at risk,” said Senator Peters. “Every day, millions of passengers and tens of thousands of shipping containers carrying food products cross our nation’s borders, any one of which could do significant damage to America’s food supply and agricultural industries. I’m pleased the Senate unanimously approved my bipartisan bill to fill this unacceptable security gap, and I look forward to its swift consideration in the House of Representatives.”

“By strengthening the agricultural inspector workforce at the border, American agriculture and our entire food system will be safer,” said Senator Roberts. “Today’s passage by unanimous consent is a testament to this bill’s importance. I’m pleased we are one step closer to getting this legislation to the President’s desk, and I urge the House of Representatives to take up and pass this legislation swiftly.”

“We need more agricultural inspectors at our borders to protect farmers and consumers from threats to our food supply,” said Senator Stabenow. ”I’m pleased the Senate has acted to address the shortage of inspectors in order to safeguard our agricultural economy.”

“Hundreds of billions of dollars in goods pass through Texas’ ports of entry annually,” said Senator Cornyn. “This legislation would boost the number of inspectors safeguarding the safety and integrity of goods and products coming across our border, which would benefit all Americans.”

The USDA and CBP work together to facilitate the safe and secure entry of agricultural goods into the U.S. The program’s Agricultural Specialists and canine units conduct inspections of foreign passengers, commercial vessels, trucks, aircraft and railcars at U.S. ports of entry to protect health and safety by preventing the entry of harmful goods and invasive species that may pose a threat to American food and agriculture. On a typical day, those inspectors process more than 1 million passengers and 78,000 truck, rail and sea containers carrying goods worth approximately $7.2 billion. According to CBP estimates, there is a shortage of nearly 700 inspectors across the country.

The Protecting America’s Food & Agriculture Act of 2019 authorizes the annual hiring of 240 Agricultural Specialists a year until the workforce shortage is filled, and 200 Agricultural Technicians a year to carry out administrative and support functions. The bill also authorizes the training and assignment of 20 new canine teams a year, which have proven valuable in detecting illicit fruits, vegetables and animal products that may have otherwise been missed in initial inspections. Finally, the bill authorizes supplemental appropriations each year to pay for the activities of the agriculture specialists, technicians and canine teams.

Below are statements in support of the Senators’ bipartisan legislation:

“This bipartisan legislation would help fill a critical gap at our country’s ports of entry. Agriculture Specialists, Technicians and canine teams root out, identify and stop invasive pests and other dangers to our nation’s farms and green spaces,” said Tony Reardon, President of the National Treasury Employees Union. “NTEU strongly supports this bipartisan bill and thanks Sen. Peters and Sen. Roberts for taking action to increase the numbers of employees at our ports who serve as the last defense against the accidental or deliberate introduction into our country of pests and plants that do not belong here.”

“The last several months have demonstrated how critically important well-resourced ports of entry are to the nation’s economic health. The Border Trade Alliance applauds this effort to ensure that ever-increasing volumes of cross-border agriculture trade can be processed securely and efficiently at our ports by highly trained CBP Agriculture Specialists,” said Ms. Britton Clarke, President of the Border Trade Alliance. “This is important legislation, and we thank Sen. Peters and Sen. Roberts for their good work to address this important staffing need.”

“Invasive species have been estimated to cost the US economy more than $120 billion annually, with more than half of that amount representing damage to American agriculture,” said Dr. Barb Glenn, CEO of the National Association of State Departments of Agriculture (NASDA). “NASDA strongly supports funding for additional staff and canine units to enhance and maintain a framework designed to protect our nation’s food and agriculture through education, research, prevention, monitoring and control. We thank Senator Gary Peters and Agriculture Committee Chairman Pat Roberts for introducing this bill.”

“Preventing the spread of African swine fever and other foreign animal diseases to the United States is our top priority,” said David Herring, President of the National Pork Producers Council. “We appreciate all that the U.S. Department of Agriculture and the U.S. Customs and Border Protection are doing to strengthen biosecurity at our borders. To further safeguard American agriculture, we need additional agriculture inspectors at our sea and airports. This essential legislation will help address the current inspection shortfall, reduce the risk of ASF and other foreign animal diseases, and protect the food supply for U.S. consumers.”

“Michigan Farm Bureau applauds Senators Gary Peters and Pat Roberts for introducing the Agricultural Specialist bill,” said John Kran, National Legislative Counsel for the Michigan Farm Bureau. “Invasive species like spotted wing drosophila and the brown marmorated stink bug are just two examples of non-native pests that have created havoc for Michigan farmers over the last few years. This bill will expand and enhance border inspections and provide farmers with another level of protection from foreign pests that negatively impact both farmers and the consumers they feed.”

“Customs and Border Protection’s agricultural inspectors are the first line of defense against imported products that may contain diseases, invasive species, or other threats that pose a multi-billion dollar risk to Michigan’s agricultural markets,” said Jim Byrum, President of the Michigan Agri-Business Association. “The Protecting America’s Food & Agricultural Act of 2019 will help reduce this risk to the agricultural economy in Michigan and across the country by addressing longstanding shortages at our nation’s ports of entry. We are supportive of this bill and applaud Senator Peters for his leadership on this issue.”

“With the outbreak of African Swine Fever in China and many other countries around the world, U.S. border safeguards are more important than ever to protect America’s food supply,” said Mary Kelpinksi, CEO of the Michigan Pork Producers Association. “Border security professionals must have the resources necessary to carry out this critical mission and protect our nation from contaminated or fraudulent imports. This commonsense legislation will help ensure our farmers can continue to produce the highest quality products—without fear that foreign imports will compromise the quality of U.S. goods.”

From tragedy to triumph: Jacob and the tractor