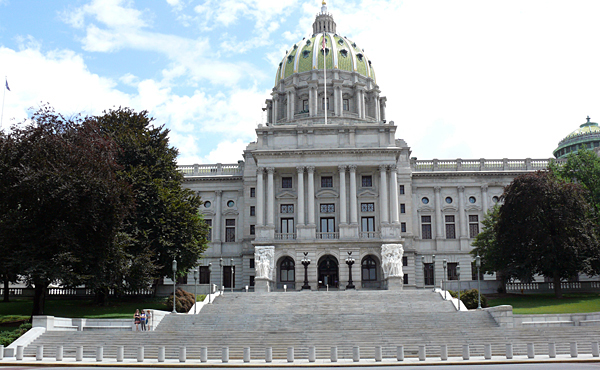 Under Senate Bill 585, the commission would be responsible for reviewing the status of the dairy industry in the Commonwealth and making recommendations on supporting dairy's future in Pennsylvania. (Wikimedia Commons)

Under Senate Bill 585, the commission would be responsible for reviewing the status of the dairy industry in the Commonwealth and making recommendations on supporting dairy’s future in Pennsylvania.

“Government regulations and policies must not stand in the way of current and future generations of farmers,” Sen. Corman said. “The Pennsylvania Dairy Future Commission will work to identify how the dairy industry can be promoted supported and strengthened in Pennsylvania. This builds on our longstanding tradition of providing farmers with the tools they need to run their businesses successfully.”

Membership on the commission would include the chairs and minority chairs of the Senate and House Agriculture and Rural Affairs Committees, appointments by the Senate, House and Governor, Secretaries of various state agencies, and representatives of the Farm Bureau, the Center for Dairy Excellence, the Milk Marketing Board, the Center for Rural PA and the Pennsylvania State University.

Corman noted that Pennsylvania dairy farming is one of the most important parts of Pennsylvania’s agriculture economy, supporting 52,000 jobs and contributing $14.7 billion to the state’s economy. However, challenging market conditions have created a serious threat to the livelihood of many dairy farmers. The USDA reported that Pennsylvania lost 370 dairy farms in 2018. The number of dairy cows in the state decreased by 25,000 head.

“Agriculture is a central part of our heritage in the Commonwealth,” Corman said. “We need to take a comprehensive look at the industry and the implementation of this wide-ranging plan that will protect our heritage and an industry that is an important contributor to our economy.”