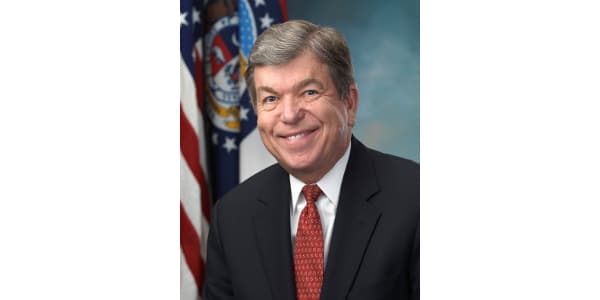 “Sen. Blunt is recognized well beyond Missouri as a strong advocate for farmers and ranchers,” AFBF President Duvall said. Throughout his tenure as a congressman and now as a senator, Blunt has demonstrated his commitment to agriculture in his leadership on issues such as improving flood control on the Missouri River, protecting farmers and ranchers from unnecessary regulation and securing river management priorities in the 2018 Water Resources Development Act, as well as his support for expanded trade. “Farm Bureau values the work he has done for our members across the country,” Duvall said.

The Missouri Farm Bureau endorsed Blunt for this award in honor of his long-time dedication to serving farmers, ranchers and rural America in Washington, D.C.

“At every step of his career, Senator Blunt has strongly supported Missouri agriculture. He grew up on a dairy farm and has never forgotten where he came from. Missourians are fortunate to have such a strong leader on rural and agriculture issues in the United States Senate,” said Missouri Farm Bureau President Blake Hurst.

Blunt has put significant effort into his relationship with Farm Bureau and takes very seriously the concerns of farmers and ranchers, according to Missouri Farm Bureau.