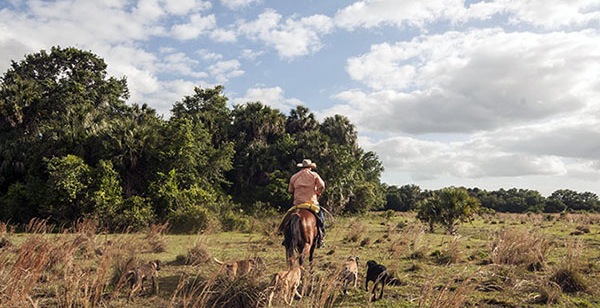 TALLAHASSEE — For a member of the Seminole Tribe, being a rancher isn’t what you do, it’s who you are.

Every Seminole owns cattle, and the herd is praised in traditional ceremonies and songs. Until recently, most children grew up riding horses as soon as they could walk and participated in 4-H.  Calf ropers and bull riders were their heroes.

Native Americans were the nation’s first cowboys. When the Spanish unloaded cattle onto American soil in the 1500s, the Seminole’s ancestors were there. For the next three hundred years the tribe bred and managed vast herds in Florida, often protecting them from rustling settlers. Then the US Indian Removal Act caused three wars and drove the Seminoles into the Everglades to hide. Although the tribe earned the title of the “Unconquered” for not signing a treaty with the US, 50 years of fighting took a toll on the members and herd.

“During the wars we survived because cattle were our mobile food source and allowed us to evade the enemy,” said Alex Johns, the Seminole Tribe’s natural resource director. “To understand the Seminole cattle business is to know the history of the tribe.”

After the Brighton Seminole Reservation was established in the late 1930s, a few hundred cattle were donated to establish a new herd. In the 1950s the tribe created a cattle cooperative and wrote a cattle raising agreement, which is a management plan with bylaws and protocol that is still used today.

The tribe persisted and today Johns manages a 12,000-head herd on behalf of the tribe’s 4,000 members. Sixty-seven tribal members and their families participate in a cooperative and raise 5,000 head. Every cattle-producing member of the Seminole Tribe signs a cattle raising agreement.

The Seminoles are recognized as leaders in the cattle business, running one of the nation’s largest cow-calf operation according to the National Cattlemen’s Association rankings. Johns oversees the labor, pastures, marketing, shipping and logistics. The majority of the cattle are on Brighton and Big Cypress reservations. Brangus cows comprise the herd, a cross between Brahman cows that are heat tolerant and Angus cows that have superior carcass quality.

The tribe has worked with USDA’s Natural Resources Conservation Service (NRCS) since the early 1980s. NRCS has given technical and financial assistance to build fencing for pasture management, install solar pumps, troughs and pipeline and to control invasive species. “The tribe has always been sustainable—never taking from the land what it couldn’t stand,” Johns said.

Johns has always adopted the latest technologies, using genetics to improve calf quality and tagging each animal with electronic identification chips that store the calf’s weight, diet and medical history so they are traceable as Seminole cattle. The techniques have paid off; the tribe’s Brangus cows are bigger and produce more beef per acre sustainably.

As they saw the improvements in the herd, Johns and a progressive board of directors hatched a dream 13 years ago to launch the tribe’s own brand of beef. “At the time Florida beef had a reputation for bad quality–nobody thought we could do it,” Johns said.  But they started working on it, collecting data and conducting focus groups. It was a big learning curve and they made a lot of mistakes, but in 2013 Seminole Pride™ beef was introduced. Seminole Pride™ is from cattle born, fed and raised in Florida. It is the first beef to be marketed as “Fresh from Florida.”

Now the challenge is to meet the demand as the product gains a following. Johns is expanding Seminole Pride™ into Georgia and looking into how he can replicate the model for other tribes.

To learn about technical and financial assistance available from NRCS, go to Getting Started with NRCS. Begin by visiting your local NRCS field office and requesting help developing a conservation plan. 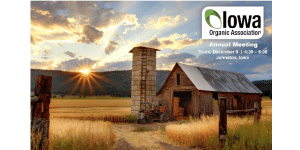 JOHNSTON, Iowa — Join IOA for our 2021 Annual Meeting where organic supporters gather to connect, network, and help strengthen Iowa’s organic community. This year’s program will focus on IOA highlights from 2021 and what’s on the horizon for 2022. We have invited Dr. Joel Gruver to share his organic research and 2021 Field Report. […] 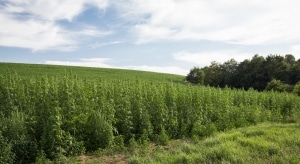 WASHINGTON — The U.S. Department of Agriculture (USDA) announced the approval of hemp production plans under the U.S. Domestic Hemp Production Program for Rhode Island and the Soboba Band of Luiseno Indians, bringing the total number of approved plans to 72. USDA continues to receive and review hemp production plans from states and Indian tribes. […] 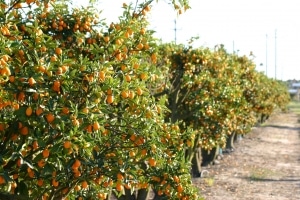