Subscribe
Home / Just Me, Kate / See you at Haaht’s! 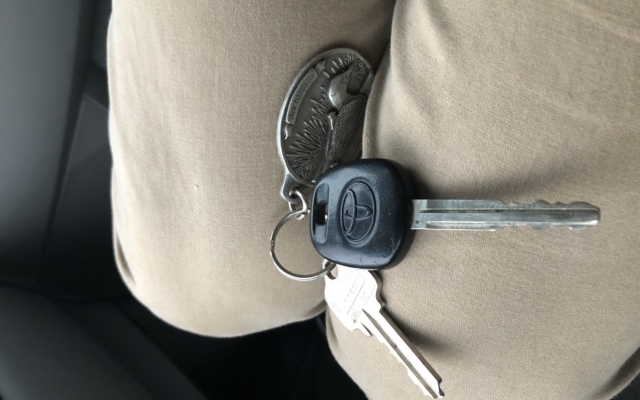 I grew up in New Hampshire. I come from a very long line of people who settled in the granite state way back in the 1600s, hailing from the islands off the coast of England in the English Channel.

People from New Hampshire take pride in their motto, Live Free or Die, as well as the fact that they are served frappes instead of milkshakes, and that jimmies (not sprinkles!) adorn the top of ice cream cones.

I think that one of the most distinguishing qualities that sets us apart, along with others who grew up in the New England states, is the way that we talk. How we pronounce (or don’t pronounce) things is much different from our neighbors in the rest of the United States.

I thought it would be fun to relay to all of you some of these words. I live only 138 miles away from my hometown, but sometimes I feel the gap in dialect is more like 5000 miles.

I am not quite sure how I managed to escape NH with no trace of the accent (well, at least I don’t hear it)  🙂 But I can certainly slip into it with the best of them, without too much trouble.

Here are a few words and their pronunciations that I thought might give you a chuckle:

And when we have to “fiddle” with something, we say we are “tutravating” it (which I guess isn’t even a word– so my college friends told me way-back-when :))   And when I am frustrated, I just say, “What a buggah!”

One of my personal favorite stories, though, goes back to a day when I was about 12 and my muthah, who was changing her clothes to go upstreet on errands, yelled down to me   to go into the cah, and get her cah-keys. In the context of her changing, I thought that she was asking me to get her Khaki pants, which we pronounce cah-key in New Hampshire. Afta the third look and going back and forth with her that I couldn’t find them, I yelled up the stayahs to her that they weren’t in the cah, and she said, “Catherine, (emphatically) did you look in the ignition?”

So, because of this funny family story, we still give my mother a “hahd” time. And when my sister and I want to poke fun at the accent, we repeat this very funny restaurant commercial’s tagline that was on TV back in the ’80s.

If the Hart family only knew how many laughs we have gotten out of that commercial—it’s so New Hampshire! Hart’s is still in business today, up in the Lakes Region of NH. If you are visiting Meredith, it’s a must stop. Best turkey dinner ever.

Hope you have a great week!  “See you at Haaht’s!”

I love to be outdoors. I love to move and work hard.