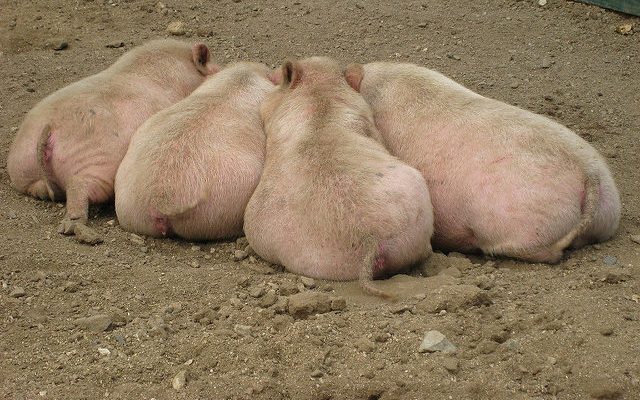 The exercise walks participants through a foot and mouth disease outbreak focusing on the effects at the state and local level. (youngthousands via Flickr)

LINCOLN — The Nebraska Pork Producers Association with support from the National Pork Board and Nebraska Department of Agriculture invite pork producers, veterinarians, and stakeholders to attend a Foot and Mouth Disease Crisis Tabletop workshop in West Point on Wednesday, December 6th at the Nielsen Community Center, 200 Anna Stalp Avenue.

The exercise walks participants through a foot and mouth disease outbreak focusing on the effects at the state and local level. Participants rapidly become a part of the response effort from diagnosing the first case, mobilizing the local response, controlling and eradicating the disease, and getting back to “business as usual.”

“We’re thankful that our country has not experienced a disease such as foot-and-mouth (FMD) since 1929,” said Terry O’Neel, National Pork Board president from Friend, Nebraska. However, if we get the news that FMD, African swine fever or another foreign animal disease has arrived, the Secure Pork Supply plan will pay big dividends by getting pork production back to normal much faster.”

The Secure Pork Supply plan will outline procedures that pork producers, processors and federal/state agencies agree are feasible should an FAD strike. According to veterinarian Patrick Webb, director of swine health programs for the Pork Checkoff this would include the safe movement of animals from farms in an FAD control area to harvest channels or to other production sites as long as the pigs have no evidence of disease.

“As a pork producer, I want to be ready when it’s time to sign up as a participant in the Secure Pork Supply program,” O’Neel said. “In the meantime, let’s all prepare by ramping up our farms biosecurity measures and other steps so we’ll be ready to go.”

Pre-registration can be done at www.nepork.org. Registration the day of the event begins at 8:30 a.m. Secure Pork Supply plan will take place from 8:45 a.m. to 4:00 p.m.

This exercise has been approved by the Nebraska Board of Veterinary Medicine and Surgery for continuing education credit for veterinarians.

The Nebraska Pork Producers Association is a grassroots, incorporated, nonprofit organization established in 1961. NPPA was developed to promote the pork industry through the enhancement of consumer demand, producer education and research. For more information, visit NPPA’s website at www.NEpork.org.