Subscribe
Home / Missouri / Search is on for Century Farms 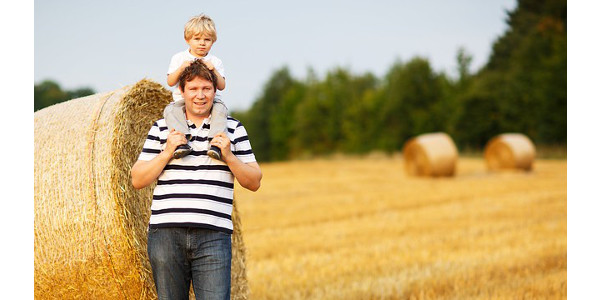 To qualify for Century Farm status, farms must meet the following guidelines. The same family must have owned the farm for 100 consecutive years. The line of ownership from the original settler or buyer may be through children, grandchildren, siblings, and nephews or nieces, including through marriage or adoption.  (Government of Alberta via Flickr)

SPRINGFIELD, Mo. — If your farm has been in your family since Dec. 31, 1920, you can apply to have it recognized as a Missouri Century Farm.

The application process could take you 10 minutes or less, depending on how much of your family history you know and the location of your land title.

To qualify for Century Farm status, farms must meet the following guidelines. The same family must have owned the farm for 100 consecutive years. The line of ownership from the original settler or buyer may be through children, grandchildren, siblings, and nephews or nieces, including through marriage or adoption.

The farm must be at least 40 acres of the original land acquisition and make a financial contribution to the overall farm income.

Applications are available now from any MU Extension county office or online at http://extension.missouri.edu. Just run a search for Century Farm application on the website.

A fee of $100 is required to cover processing costs, one certificate, a booklet and one two-sided, 2-foot by 2-foot metal sign for each approved farm.

Applications must be postmarked by May 1. Late applications cannot be accepted.

Family farms have been among our most vital partners since the founding of extension more than 100 years ago. The century farm program is one way we express our gratitude to those who have contributed so much to Missouri agriculture.

In 2008, the Missouri Farm Bureau joined MU Extension and the MU College of Agriculture, Food and Natural Resources as a program sponsor.

Since Missouri began the program in 1976, more than 8,300 century farms have been recognized.

Applicants certified as owners of a 2020 Missouri Century Farm will be recognized by the local MU Extension center in the county where the farm is located.

In Greene County, newly recognized Century Farms will be celebrated at the 7th Annual “Salute to Century Farms” event being planned for September.

“Last year’s event in Greene County was a big success. It was popular with our Century Farm owners, and it was a good fundraiser for Greene County Extension,” said David Burton, county engagement specialist with University of Missouri Extension.

Honored farms were treated to a nice dinner (thanks to sponsors), presented their farm sign, and given time to talk about their family farm to the 130 people in attendance.

“In Greene County we also annually recognize a few farms that were first recognized as Century Farms back in the 1970s-1980s where a recognition dinner in the county. It is a great way to recognize some of those others farms,” said Burton.

At the 2019 event, Greene County got to recognize a farm that has remained in the same family for 181 years!

For more information about the event in Greene County, or how your business can sponsor a farm or honoree table at the event, contact David Burton via email at burtond@missouri.edu or by telephone at 417-881-8909.