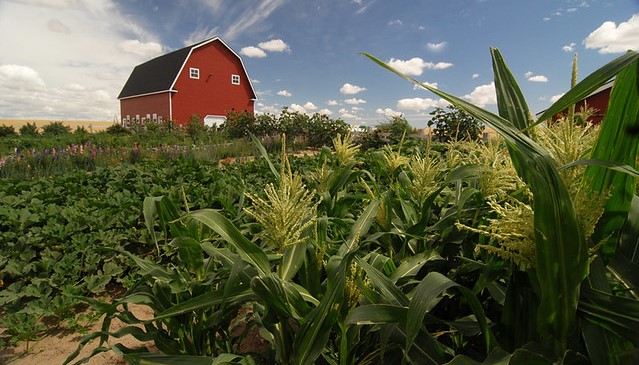 Tickets are $20 in advance and $25 at the door. 100% of ticket sales benefit ASA. (U.S. Department of Agriculture, Flickr/Creative Commons)

Sean Rowe is an avid naturalist who often speaks of his fascination with the woods and his connection to the land. Sean’s hometown of Troy, NY has been the inspiration for many of his lyrics. “Sean Rowe has the kind of voice that gets attention. When you put him on, you’re bound to get one person asking, “who’s this?” He sings in a baritone so deep, it feels otherworldly, like he’s some kind of mythical prophet. Across all his records, Rowe has shown himself to be a real storyteller, writing intricate songs that explore the perils of being an artist, a father, a lover and a human being.” – No Depression

Over the course of his career, Sean Rowe has recorded five full-length albums and several singles. His music has been used widely throughout film and television, with notable examples including NBC’s hit dramas The Blacklist and Parenthood. Rowe’s song “To Leave Something Behind” was one of two non-score tracks to be featured in Ben Affleck’s hit 2016 feature film, The Accountant. The song accompanied the film’s final scene and has since received nearly 4.5 million streams on Spotify alone. He tours nearly nonstop and later this year, he’ll return to Europe for two weeks with stops in the U.K., Netherlands, Sweden, Norway, and Germany.

ASA has helped more than 134 families conserve 22,467 acres of working farms and woodlands in Washington and Rensselaer counties. ASA’s mission is to protect our community’s working landscape of farms and forests, connect people to the land, and promote a vibrant future for agricultural and forestry in the region. To purchase tickets in advance or to learn more about ASA’s work, visit www.agstewardship.org.