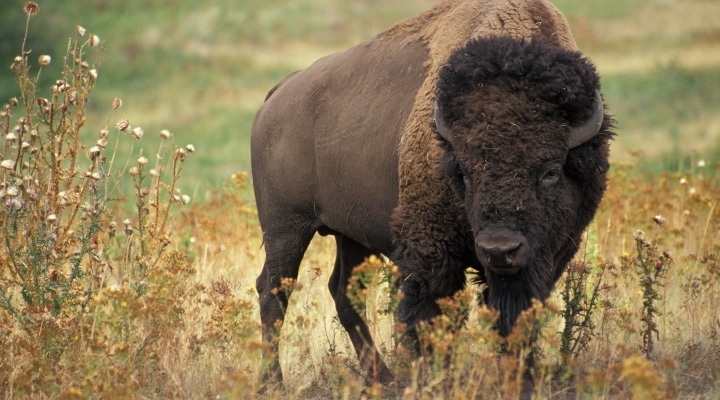 “This new information extends the boundaries of where we previously believed bison roamed – yet another study demonstrating the wide attributes of environmental adaptability and plasticity that bison exhibit,” Director of Research for the Center of Excellence for Bison Studies Jeff Martin said. (Photo courtesy USDA, ARS)

BROOKINGS, S.D. — Jeff Martin, Director of Research for the Center of Excellence for Bison Studies at the South Dakota State University West River Research and Extension Center in Rapid City, South Dakota, has recently published an article in the scientific journal Ecology hosted by the Ecological Society of America. The article, entitled, “Integrated evidence-based extent of occurrence for North American bison since 1500 CE and before,” reassesses the historic maximum extent to which bison once naturally roamed during or near the arrival of colonial explorers in North America.

The bison species came dangerously close to extinction and disappeared from the historic range across North America in the late 19th century, however novel conservation efforts in the early 20th century sought to protect and restore bison among other species and places. Martin’s research efforts utilized a multi-disciplinary approach to help fill knowledge gaps about bison distribution and abundance prior to the 19th century.

“This new information extends the boundaries of where we previously believed bison roamed – yet another study demonstrating the wide attributes of environmental adaptability and plasticity that bison exhibit,” Martin said.

Researchers combined paleontology, archaeology and historical ecology data for a database of more than 6,400 observations over the last 200,000 years. Of those 6,400 observations, there were 3,379 observations that firmly establish that historic bison extent of occurrence covered an impressive 59% of the North American continent since the year 1500, nearly 500 years ago.

“Although this likely never occurred at one moment in time, it rather demonstrates the geographic limits that bison explored outside of their typical habitat of prairie ecosystems found in the center of the continent,” Martin explained.

Martin’s research and dataset provides a framework for future research and exploration, including a methodology for researchers investigating other species of concern to follow for their own historical assessments. The dataset also allows future researchers to standardize their historical datasets for modeling past environmental change and the subsequent bison response. This will allow predicting future responses to anticipated environmental conditions associated with climate change. In addition, the dataset creates a better understanding of bison distribution across several temporal scales such as millennial, century, decadal and annual, as well as improving knowledge about trends related to reliance on hunting bison among the subsistence practices of Indigenous peoples. Researchers will also be able to evaluate the restoration status of bison into their original habitat. By identifying the historic extent of occurrence, bison managers will have a better knowledge about where to re-introduce bison into their native range.

“With the findings of this new study about where bison once roamed across North America, we can now more accurately represent and quantify where bison have been successfully reintroduced on these lands — into their former homes,” said Martin. “These adaptations are crucial for adapting the species to the effects of climate change and land use change in the later portions of this decade and this century.”

The article can be found in the journal Ecology at:

For more information or questions, contact Jeff Martin, SDSU Director of Research for the Center of Excellence for Bison Studies, at jeff.martin@sdstate.edu or 605-394-2236. 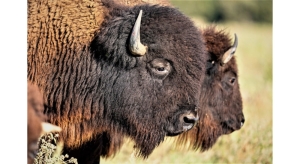 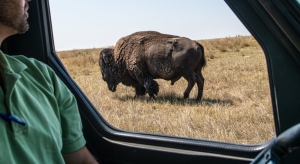 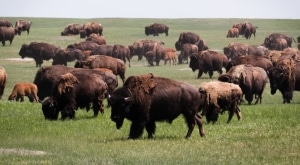 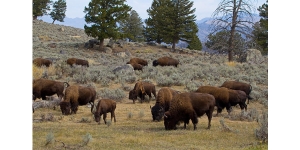