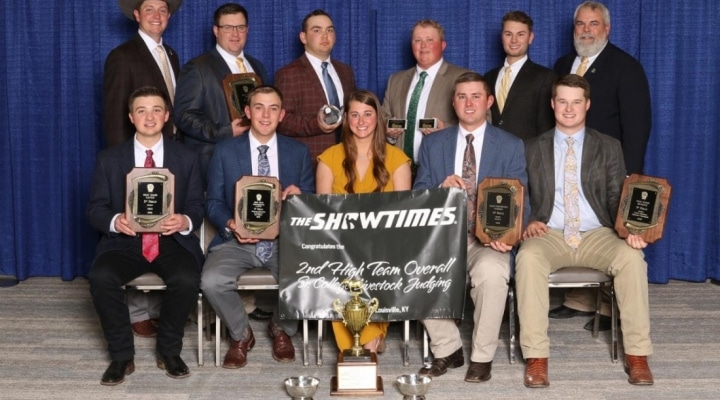 BROOKINGS, S.D. — The South Dakota State University Livestock Judging Team was named the reserve national champion team at the National Collegiate Livestock Judging Contest held at the North American International Livestock Exposition in Louisville, Kentucky, on November 15. This is the highest SDSU has placed at the national contest since 1996.

“Being crowned the reserve national champions caps off a great season for one of the most talented teams I have had the pleasure to coach,” said Brady Jensen, SDSU Livestock Judging Team Coach. “Not only will they go down in the history books at SDSU as one of the great livestock judging teams, but I think in 20-30 years, we will all look back and realize how special this team was after they have accomplished all their life goals.”

In addition to being named reserve national champions, the team placed third in cattle, fourth in swine and fifth in sheep, performance cattle and reasons.

Notable individual results from the contest include:

The team competed in 12 different contests throughout the year, placing in the top five at nearly every contest. Additionally, two team members won high individual honors at a contest this year, with Smith winning the Houston Livestock Show and Rodeo and Sennett taking home the gold at the Nebraska Cattlemen’s Classic. Both Sennett and Smith were the first SDSU team members in the school’s history to win either of those contests.

“To be excellent at livestock judging, you have to be a quick decision maker, incredible public speaker, excellent time manager, and in total control of your emotions in high pressure situations,” said Jensen. “But what set the 2021 team among the elite was their undeniable ability to be true stockmen and stockwomen.”

The North American International Livestock Exposition concluded the 2021 team’s judging season. The 2022 team will kick off their season in January at Cattlemen’s Congress in Oklahoma City, Oklahoma. 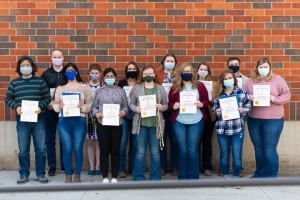 BROOKINGS, S.D. – The South Dakota State University chapter of Gamma Sigma Delta, the Honor Society of Agriculture, hosted the spring Awards and Initiation Ceremony on April 20, where they welcomed new members and honored faculty who have made an exceptional impact in teaching, research, Extension and more. 2021 Poster Competition Winners  Winners of the 2021 […] 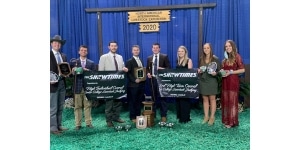