Home / South Dakota / SDSGA participates in Senator Rounds’ beef industry crisis panel
A new user experience is coming! We'll be asking you to login to your Morning Ag Clips account March 1st to access these new features.
We can't wait to share them with you! Read more here. 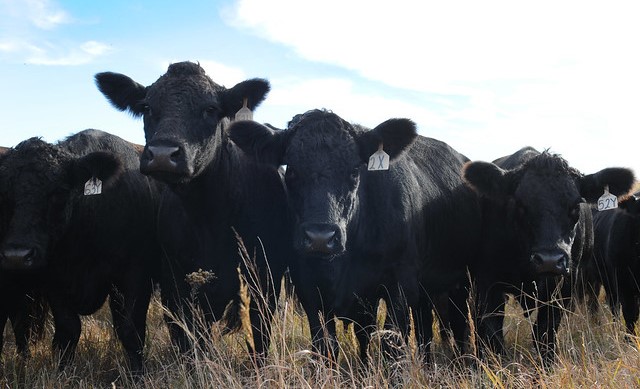 FT. PIERRE, S.D. — Last Friday [June 23, 2021] U.S. Senator Mike Rounds (R-SD) hosted an unprecedented panel discussion with producers and retailers in Ft. Pierre, SD. The panel was an effort to shine a light on the current market situation and develop partnerships that could lead to real change for both producers and consumers.

South Dakota Stockgrowers Executive Director James Halverson was invited to be a part of the panel. “This was a great chance to meet with retailers who are talking directly to consumers on a daily basis.” He said. “I greatly appreciate the Senator’s efforts and the South Dakota Retailers for being here and organizing this event.”

A robust discussion was had that focused on many different areas of the supply chain from pasture to plate. Panelists also took questions from an audience of around 50 people including state and local media. Many panelists highlighted the choke point that the big four meat processors have right now in the supply chain.

“I tried to emphasize a couple points,” said Halverson. “As livestock producers we want the same thing retailers want, to provide the highest quality beef consumers desire and compete for their business. If we had proper ground rules being enforced both producers and retailers would see a greater share of the beef dollar. Currently, consumers are being misled by the packing conglomerate and neither producers nor consumers are getting a fair shake. I hope this meeting will lead to more discussions and cooperation between producers and retailers who are ultimately both fighting against the same meat packing mafia.”

Senator Rounds said, “In the middle of this whole thing, we’re all pointing at the same location, and that is, we’ve got a choke point in the ability in our country to process the beef and to have open competition,”

“The way to get a Senate debate,” he said, “is to grow the team. We’ve got a pretty good bench out there called consumers, and our focus has got to be on getting the message to the consumer about what’s going on and why they pay this huge price and who’s actually in the middle of it making the dollars and keeping the dollars.”

He added, “You don’t win this by having fights among yourselves. You do this by sitting down and figuring out what we can agree on, and then you move forward and build that team — and we’ve got a ways to go to build that team.”