Home / South Dakota / SDSGA directors vote to support the Cattle Price Discovery and Transparency Act
A new user experience is coming! We'll be asking you to login to your Morning Ag Clips account March 1st to access these new features.
We can't wait to share them with you! Read more here. 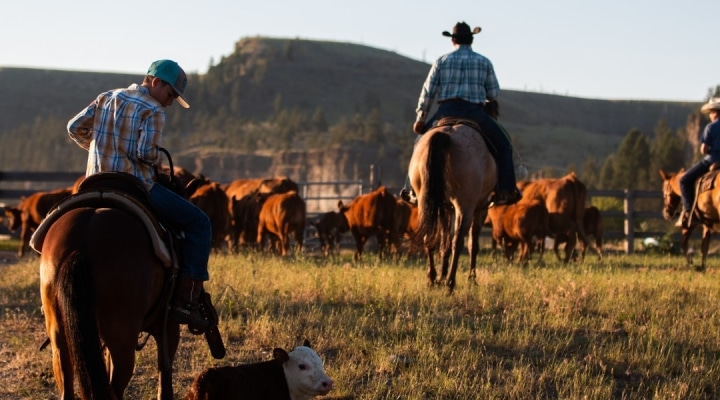 “Being able to ensure profitability and making sure producers receive a fair deal has been a top priority for the Stockgrowers. Our board has taken a look at S.3229 and has decided there is enough in this bill that warrants our support.” said James Halverson South Dakota Stockgrowers Executive Director. (Phinehas Adams/Unsplash)

RAPID CITY, S.D. — The South Dakota Stockgrowers Board of Director’s, with a vote of 15–10, recently decided to sign on in support of S.3229, The Cattle Price Discovery and Transparency Act of 2021. The Stockgrowers who prides itself as the oldest cattle organization in the United States, has a long history and proven track record of fighting for meaningful market reforms. “Being able to ensure profitability and making sure producers receive a fair deal has been a top priority for the Stockgrowers. Our board has taken a look at S.3229 and has decided there is enough in this bill that warrants our support.” said James Halverson South Dakota Stockgrowers Executive Director.

“The bill does many things, has received much discussion within the industry, and seems to be gaining more momentum towards passage with each passing day. Les Shaw, South Dakota Stockgrowers Vice President said. He continued,” I have a lot of hope and optimism for this bill. It is already backed by a majority of the Senate Ag Committee. The bill contains a cattle contract library section and a 14-day cattle slaughter section. Both are things that the South Dakota Stockgrowers Association have asked for. It may not be everything that we wanted, but you have to get a foothold and keep pushing ahead one step at a time.” Stockgrowers Past President Gary Deering added, “Although this bill doesn’t establish any particular percentage as far as minimums are concerned, it will in fact establish a minimum, which will lead to more cash trading. It also contains many other positives like requiring packers to report delivery within 14 days, daily formula base price reporting, establishing a contract library, and chisels away at the confidentiality clause. All of these things will increase transparency within our markets.”

The twenty-nine-member board of the South Dakota Stockgrowers, all made up of men who make their living from ranching, understand how tough it has been these last few years. Dealing with a market that is tipped in favor of the packers, makes profitability near impossible. Matt Kammerer, Stockgrowers District 8 Director said, “The lack of profit is going to destroy our industry, and we need a win to get this thing turned around. I feel this bill will do that.”

South Dakota Stockgrowers President Vaughn Meyer said, “Many of our directors are very disappointed that S. 3229 does not contain any meaningful reforms similar to Senator Grassley’s original intended 50% cash minimum facilitating immediate market discovery for South Dakota cattlemen and women. In addition to true price discovery, a 50% Congressional mandated minimum, as adopted by SDSGA board of directors and introduced and passed in the 2021 South Dakota Legislature as House Concurrent Resolution 6006, would have required complete transparent reporting rather than permitting non-regional loopholes for continued huge packer profiteering. Unfortunately, once again South Dakota’s struggling farming and ranching communities are subjected to a diluted and ambiguous compromise bill presented with a “take it or leave it proclamation.”

The Stockgrowers thank Senators Chuck Grassley R-IA, and Deb Fischer R-NE, for working hard to help producers, and encourage the South Dakota Congressional Delegation to sign on to S.3229. They also understand that the passage of this bill will only provide the first step towards market reform. “As we have through our history, we will continue to fight for what our members have put into policy. We won’t give up on demanding more and more cash trading and will not sit quietly until we can get Mandatory Country of Origin Labeling back. We are encouraged
however, to see so many Congressional leaders working to try to provide a future for our industry,” concluded Shaw.