Home » Scouting for nutrient deficiencies in corn and soybean 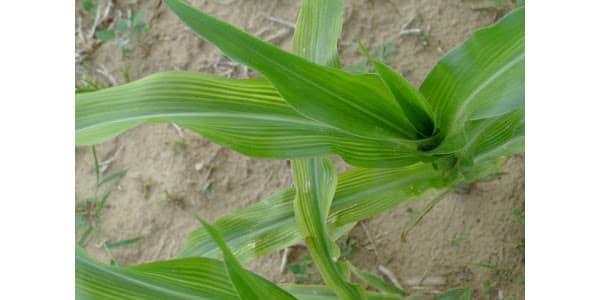 Deficiency symptoms are characteristic of a particular nutrient and knowing what to look for is extremely helpful when scouting fields. (Courtesy of UNM Extension)

Potassium (K) deficiency is something to look for in corn under dry soil conditions, such as in the interactive 360-degree image above. Don’t confuse K deficiency with nitrogen deficiency. Both occur on the lower plant leaves but K deficiency causes yellowing along the edge of the leaf while the middle of the leaf remains green. 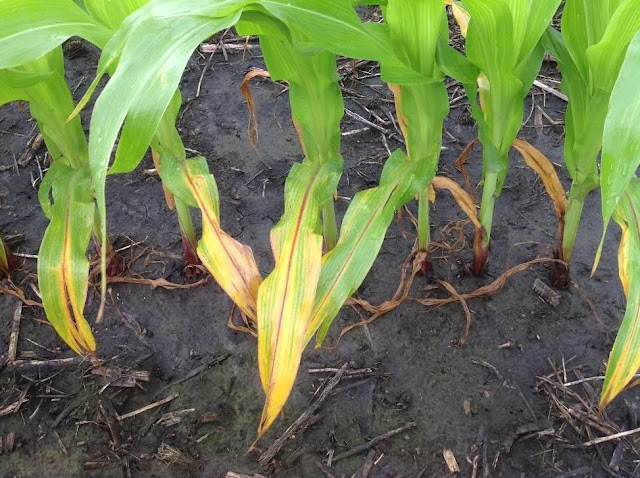 When scouting cornfields for nitrogen (N) deficiency, always look at the lower leaves for the characteristic V-shaped yellowing pattern. 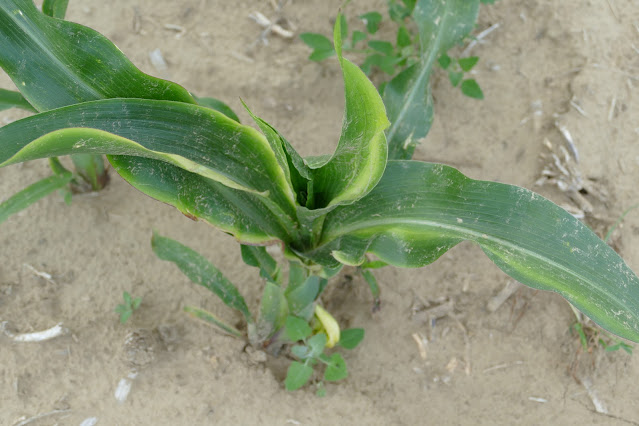 Zinc deficiency symptoms can be found on the upper leaves and will present itself as white bands extending along the leaves. Sometimes, stressed plants like the one shown above can exhibit symptoms similar to zinc deficiency. 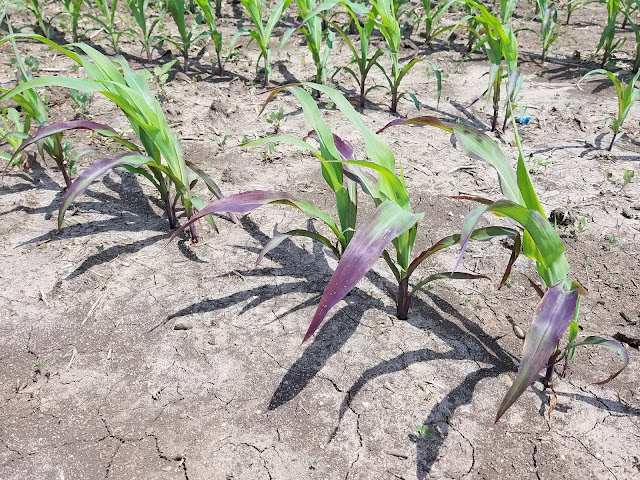 Phosphorus (P) deficiency is most easily seen early in the growing season on young plants as a general purpling of the lower leaves in corn. Later, plants may not show the characteristic purple color but will be stunted and may exhibit other nutrient deficiency symptoms, such as N deficiency, due to poorly developed roots. 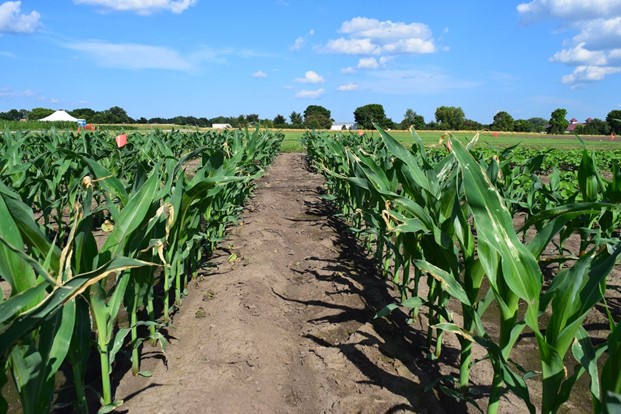 Leaf burn can be found following application of urea fertilizer sources, including UAN. Damage will include a burning of the edge of the leaves or a general speckling on the leaves. Damage potential increases with increasing rates of applied N and is generally cosmetic and will not result in lost yield.

Potassium (K) deficiency can also occur in soybean and sometimes shows up on the upper leaves when plants are stressed. K deficiency appears as a yellowing between leaf veins on the soybean leaflets. 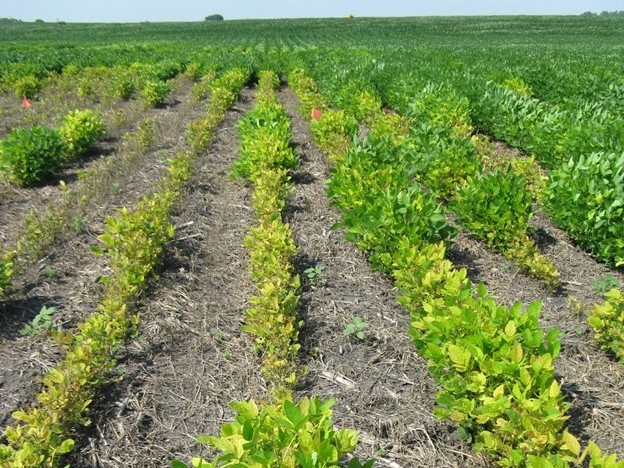 Symptoms of Iron Deficiency Chlorosis (IDC) are a generally yellowing and potential stunting of the soybean plant due to the presence of carbonate or high amounts of salts in the soil. Iron deficiency will occur first on new plant tissue but may envelop the entire plant in severe cases. 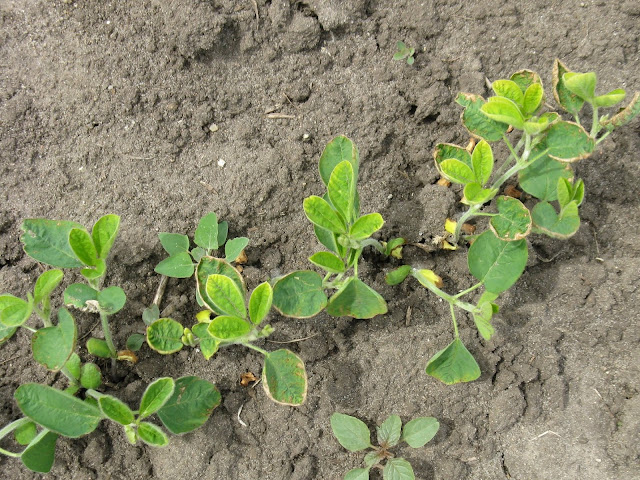 Boron deficiency in soybean is very rare, while boron toxicity symptoms (shown above) can show up on plants as a general yellowing of the leaf with necrosis along the leaf edges.

In dry years, soil sampling is more important to determine whether a nutrient is actually deficient or if soil moisture may be the limiting factor. Tissue samples taken early in the 2021 growing season may show deficiencies in some nutrients, such as potassium and boron. Application of these nutrients in-season is not suggested as their uptake will continually be limited if soils remain dry.