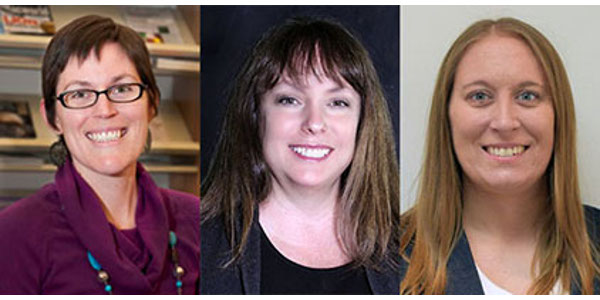 WASHINGTON, D.C. — Three USDA scientists with the Agricultural Research Service (ARS) have been named recipients of the Presidential Early Career Award for Scientists and Engineers (PECASE).

The PECASE is the highest honor bestowed by the United States government to outstanding scientists and engineers who are beginning their research careers and who show exceptional promise for leadership in science and technology. The ARS winners are: Heather Allen at the National Animal Disease Center in Ames, Iowa; Jo Anne Crouch at the Beltsville Agricultural Research Center in Beltsville, Maryland; and Sara Lupton, at the Edward T. Schafer Agricultural Research Center in Fargo, North Dakota.

Crouch is a molecular biologist whose work has been key to understanding the global diversity of fungal pathogens that cripple horticultural plants, turfgrass and cereal crops. She has developed molecular markers, diagnostic assays, genome tools and taxonomic resources that are used to combat downy mildews, boxwood blight, dollar spot and other plant diseases threatening crops across the United States and worldwide.

Lupton, who is a research chemist, is internationally recognized for her research about the fate of chemical contaminants in cattle, swine and poultry as well as their byproducts, waste systems, and feed sources. Her contributions have informed decision-making by regulatory agencies and promoted consumer confidence in the food supply and domestic milk and meat production practices.

Established in 1996, the PECASE acknowledges the contributions scientists and engineers have made to the advancement of science, technology, education, and mathematics (STEM) education and to community service as demonstrated through scientific leadership, public education, and community outreach. The White House Office of Science and Technology Policy coordinates the PECASE with participating departments and agencies. A complete list of the award winners is here.

Cycling success may free up fifth of ag land